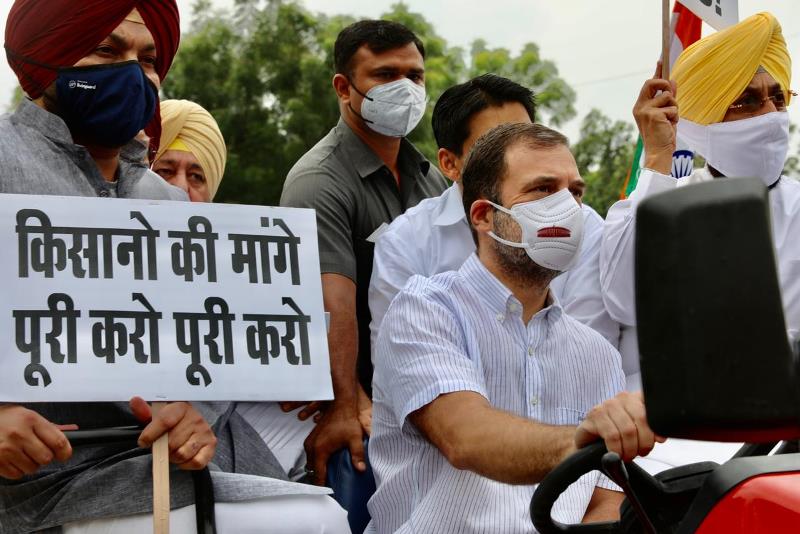 Gandhi, a top Congress leader, reached Parliament riding a tractor with various placards with messages against the farm laws.

"I have brought the message of the farmers to Parliament. The farmers' issues are not allowed to be debated in Parliament. They (government) are suppressing the voices of all farmers of the country," said Gandhi.

"The black laws will have to be repealed," he added.

The farmers, mainly from Punjab, Haryana, Uttar Pradesh, are camped in and around the national capital for eight months protesting against the agricultural reforms, which were brought in by the Modi government in 2020.

Though the farm laws will facilitate the farmers to sell their produce beyond government-regulated wholesale markets, the protesters claim the new system will leave them at the mercy of the corporate players.

Despite the government's multiple meetings with the representatives of the farmers on the issue, the deadlock remained as the protesters were rigid in their demands of the rollback of the legislation.