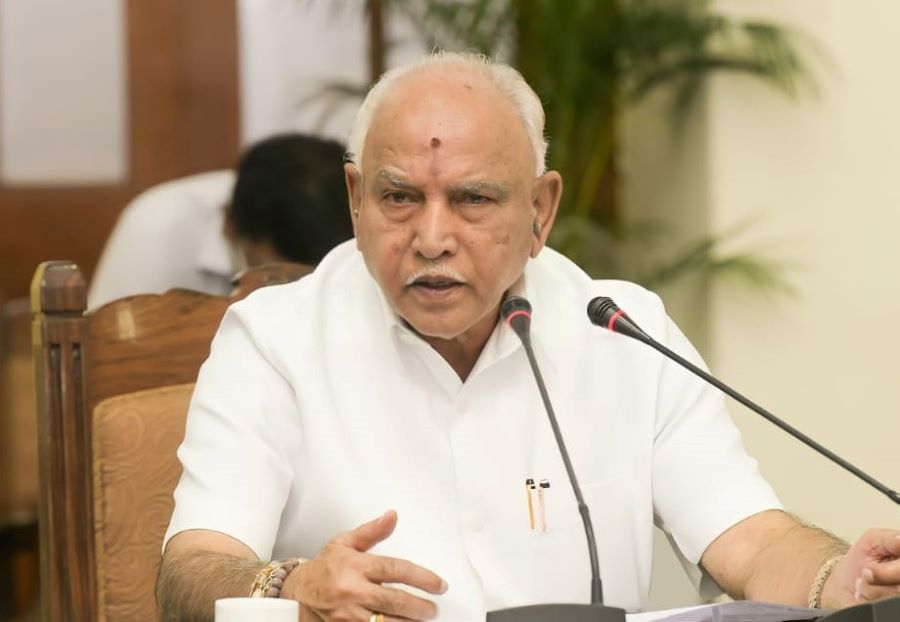 Bengaluru/IBNS: Karnataka Chief Minister BS Yediyurappa Monday announced his resignation, dropping the curtains on the speculations over which way the state politics was heading.

The Bharatiya Janata Party (BJP) veteran said in the assembly that he would quit post lunch, on a day he completed two years of his latest term.

Breaking down in the house, Yediyurappa, 78, said the retention of the BJP's power in the state is the sole aim.

Later in a couple of tweets, he said, "It has been an honour to have served the state for the past two years. I have decided to resign as the Chief Minister of Karnataka. I am humbled and sincerely thank the people of the state for giving me the opportunity to serve them."

"I am grateful to PM Narendra Modi Ji, JP Nadda Ji and Amit Shah Ji for their support."

I am grateful to PM @narendramodi Ji, @JPNadda Ji & @AmitShah Ji for their support. (2/2)

Taking a dig at Yediyurappa's resignation, Congress has put up a tweet which reads, "Resignation of Shri #Yediyurappa as Karnataka CM is both a testament to the flagrant corruption carried out by BJP in the state and proof that PM Modi's slogans like "na khaunga, na khane dunga" are merely catchy phrases not promises he can uphold."

Resignation of Shri #Yediyurappa as Karnataka CM is both a testament to the flagrant corruption carried out by BJP in the state and proof that PM Modi's slogans like "na khaunga, na khane dunga" are merely catchy phrases not promises he can uphold.https://t.co/fglUsS1duk

The murmurs over his resignation started after he faced backlash from his own MLAs.

His frequent meetings with top BJP leaders including Prime Minister Narendra Modi gave fuel to the speculations more so in the last few weeks, though all were tight lipped.

Some leaders including MLA Basanagouda Patil Yatnal, Tourism Minister CP Yogeshwar and MLC AH Vishwanath have spoken against Yediyurappa, despite warnings of disciplinary action by the leadership.

The BJP's journey in Karnataka, the only south Indian state where the saffron party is dominant, went through rough weather since the 2018 assembly elections.

After failing to secure a majority despite emerging as the single largest party, the BJP had formed a minority government but later surrendered to the post-poll Congress-Janata Dal Secular coalition.

Yediyurappa, who faced allegations of desperate attempts to poach rival MLAs, had to resign following defeat in the number game, making way for JDS leader HD Kumaraswamy who became the Chief Minister.

A year later, the BJP fulfilled its wish to attain power after several Congress and JDS MLAs switched sides.