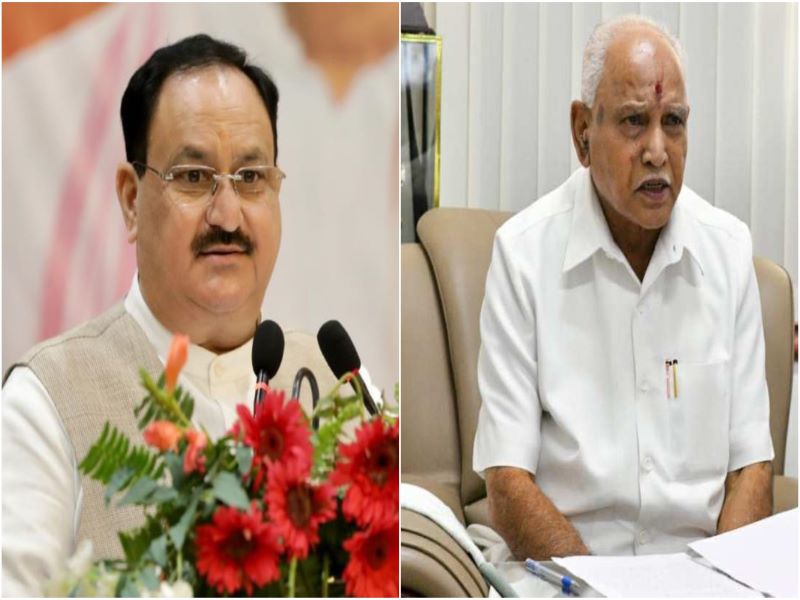 "It is your thinking, we do not think this way," Nadda said, rebuffing reports on the Karnataka crisis during his Goa visit on Sunday, according to a Hindustan times report.

On Yediyurappa, Nadda said, "He has done good work. He is running Karnataka well. Yediyurappa is handling things on his own."

There have been demands of Yediyurappa's removal within Karnataka BJP with MLAs and ministers leading the protest.

Yediyurappa has been accused of pushing for his younger son Vijayendra, the state vice president of the party.

State Tourism Minister CP Yogeeshwara had recently alleged that the Chief Minister's son had been ruling and controlling the ministries of Karnataka.

The reports of Yediyurappa's possible exit peaked when he took a chartered flight last Friday to meet Prime Minister Narendra Modi and other top leaders of the party.

Reportedly, PM Modi offered him to quit citing his health, but Yediyurappa has denied such a development.

However, on Friday, Yediyurappa had said he would accept the BJP leadership's decision for him when his government completes two years in Karnataka on July 26, indicating that he may step down as Chief Minister after the weekend.

Even today Yediyurappa reiterated that he was waiting for an instruction from Delhi, said the HT report.

"By evening once it comes, you will also get to know about it. Once it comes I will take an appropriate decision," he said, the report stated.