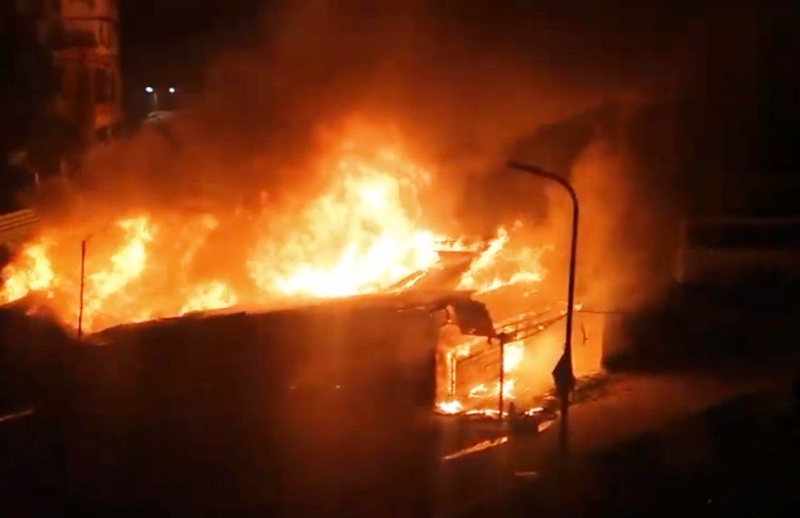 Kolkata/IBNS: At least 31 shops were gutted in a major fire that broke out in Kolkata's Kestopur area in the wee hours of Sunday, reports said

According to reports, the fire had started possibly due to a short circuit in a makeshift furniture shop at Kestopur's Shatarupa Palli area beside VIP Road at around 2 am. and it spread quickly to other shops nearby.

As many as 15 fire tenders rushed to the scene and firemen fought for nearly three hours to bring the blaze under control.

All were admitted to a local hospital and one of them is undergoing treatment in a critical condition. 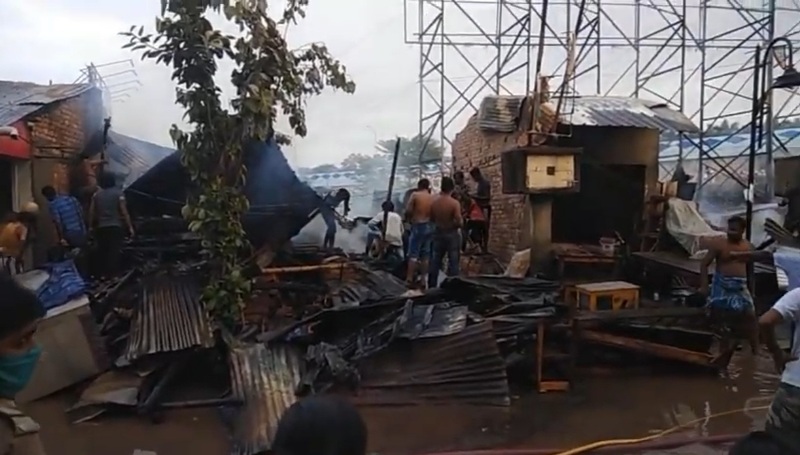 Local police and fire department have initiated a probe into the reason behind the blaze.