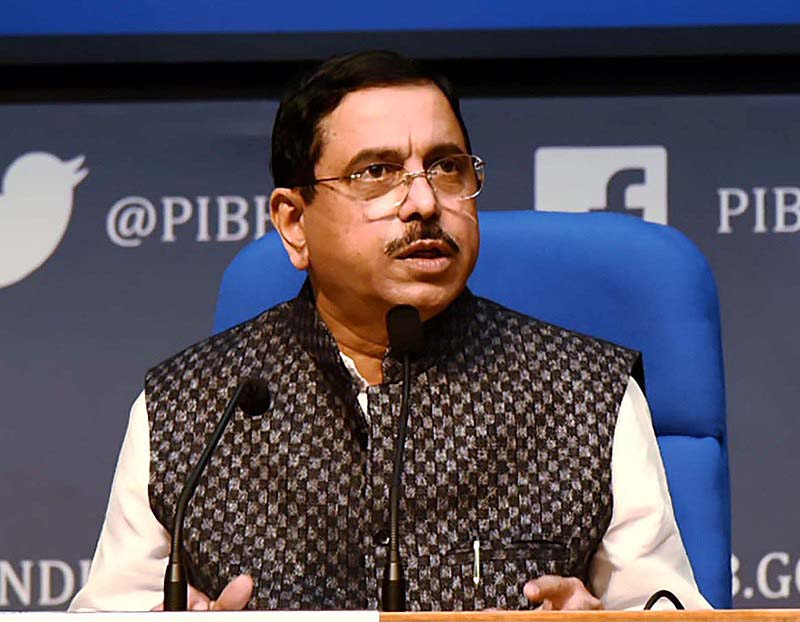 New Delhi/IBNS: Union Minister for Coal, Mines and Parliamentary Affairs Pralhad Joshi on Saturday denied reports that he could be the next chief minister of Karnataka and added that he wasn't aware of the exit of Karnataka Chief Minister BS Yediyurappa, according to media reports.

He said that the matter was being discussed in the media, but he had no knowledge that he was being tipped as Yediyurappa's successor.

"...As no one has spoken to me, there is no need to react to it," Joshi  was quoted as saying in the media.

When asked "what if he is made the Chief Minister", he refused to answer, saying that he did not respond to hypothetical questions with 'ifs' and 'buts'.

He also dodged other questions on the issue, stating that he was not aware if Yediyurappa had been asked to resign.

"We have supreme leaders in Prime Minister Narendra Modi and Home Minister Amit Shah. They will decide," Joshi said, when asked to comment on Karnataka succession.

Joshi also did not reply when asked to comment on seers of the dominant Lingayat community warning BJP against removing Yediyurappa.

The 58-year-old leader has been an MP from Dharwad constituency of Karnataka since 2004 and was also the chief of the BJP state unit fromJuly  2012 to January 2016.