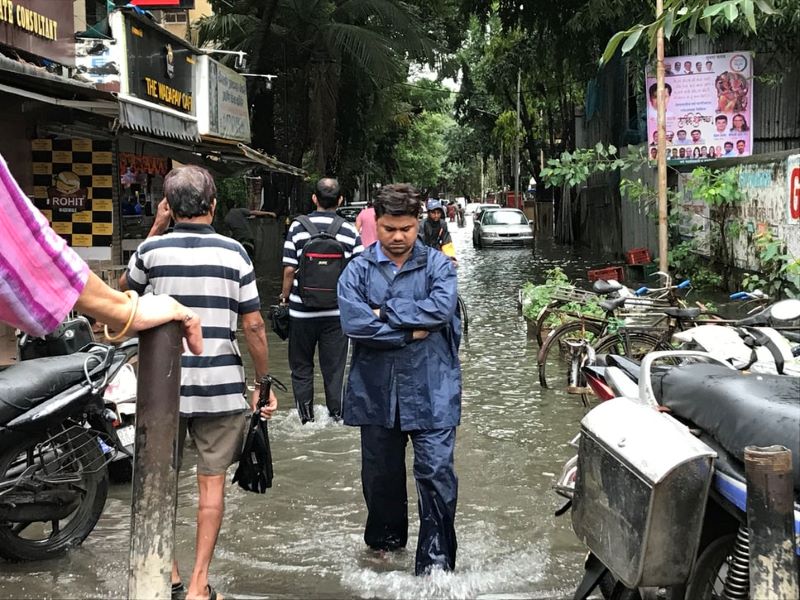 Bengaluru/IBNS: Extremely heavy rainfall has been forecast for Karnataka for at least nine districts and many areas are already experiencing flooding.

Udupi, Uttara Kannada and Dakshina Kannada, as well as south interior Karnataka, Chikmagaluru, Hassan, Kodagu and Shivamogga have been issued red alerts, according to an NDTV report.

Several areas of north Karnataka are inundated as water from the dams have been released due to overflowing rivers owing to incessant rainfall.

Chief Minister BS Yediyurappa discussed the situation and issued necessary orders to officials from affected areas over a video conference.

"I have spoken to district officials of these areas. Weather does not permit helicopter survey. Officials are saying they are keeping the people safe from the water. We have been in touch with officials for the last four or five days. Our irrigation officials are there. I have told (Deputy Chief Minister) Govind Karjol to stay there till Sunday evening," he told reporters, according to the report

Yediyurappa also said: "Until now there is nothing too serious that has happened. Prime Minister Narendra Modi has ensured all necessary facilities to help people."

The Chief Minister also tweeted: "In the wake of heavy rains across the state, I direct all district in-charge ministers and MLAs to be present in their respective districts and constituencies to oversee rescue and relief efforts being carried out by district administrations.

"Spoke to District Commissioners and reviewed the situation arising due to incessant rain in several parts of the state. State government will extend all necessary support for relief and rescue efforts, and assist farmers who suffered losses due to untimely rain and hailstorms."

Spoke to District Commissioners and reviewed the situation arising due to incessant rain in several parts of the state. State govt will extend all necessary support to the relief and rescue efforts and assist farmers who suffered losses due to untimely rain and hailstorms. (2/2)

Officials were instructed to disinfect and educate people on the need for hygiene at this time.