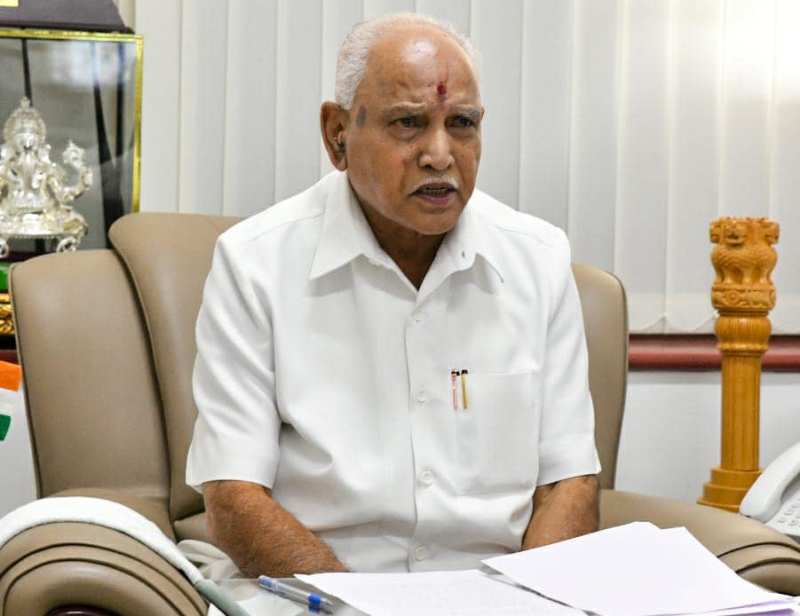 Will Yediyurappa exit as Karnataka's CM this weekend ? He may, suggests report

Bengaluru/IBNS: BS Yediyurappa has said he would accept the BJP high command's decision for him when his government completes two years in Karnataka on July 26, indicating that he may step down as Chief Minister after the weekend, according to media reports.

The 78-year-old Karnataka Chief Minister said he has not been asked to resign so far but reiterated that he had spoken about vacating the post of chief minister for someone else two months ago.

Karnataka politics had been rife with speculations of Yediyurappa's exit and he had been evading questions on the issue for sometime.

"There is an event on July 26 on the completion of two years of our government here. After this, I will follow whatever (BJP president) JP Nadda will decide,"  Yediyurappa was quoted as saying by NDTV.

"...Whether I am in power or not, it is my duty to bring back the BJP to power. I urge party workers and seers to cooperate," he added, underscoring that he is ready to work for the party to ensure its victory in the assembly elections.

"When the directions come, I'll quit and work for the party....I will be Chief Minister for as long as you say. When you say no - I will work for the state.  I am going to check roads and storm drains. I will do my duty till the last minute," he went on, according to NDTV.

"Let's see what happens on the 25th," he remarked.

When asked to name a potential successor, he refused to comment and repeated, "Let's see after Sunday," stated the NDTV report.

The reports of Yediyurappa's possible exit peaked when he took a chartered flight last Friday to meet Prime Minister Narendra Modi and other top leaders of the party.

Reportedly, PM Modi offered him to quit citing his health, but Yediyurappa has denied such a development.

After returning from Delhi he held a number of meetings, including with Lingayat seers, powerful priests of the Lingayat community, which he belongs to.

This was seen as an attempt by Yediyurappa to drive home his importance to the BJP, reported NDTV.

On Wednesday, two Lingayat seers even warned against changing the chief minister, the report said.

The Lingayats are politically powerful and influence a sizable votebase that have helped BJP to seize power in Karnataka.

There have been demands of Yediyurappa's removal within Karnataka BJP with MLAs and ministers leading the protest.

State Tourism Minister CP Yogeeshwara had recently alleged that the Chief Minister's son had been ruling and controlling the ministries of Karnataka.