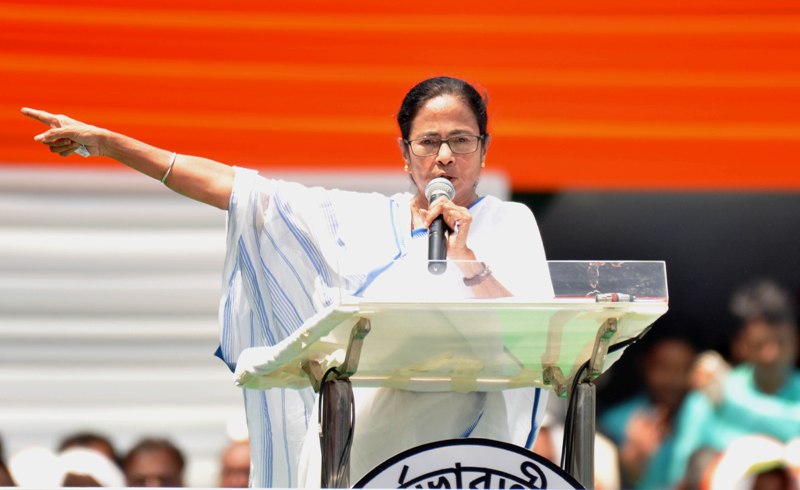 "Some people ask me what is BJP? I tell them it is a high-loaded virus party. It is full of viruses," said Banerjee, who heads the Trinamool Congress (TMC), at the Martyrs' Day rally here.

Terming the Pegasus issue as "dangerous", Banerjee said, "Pegasus scandal is even bigger than Watergate scandal."

"I have plastered my phone so no one can listen to what I am saying. Now the time has come to plaster the BJP government," she said.

The TMC's Martyrs' Day rally has assumed significance this year as the programme has been attended by leaders of various opposition parties including the Congress.

In the rally, the TMC supremo has urged all opposition leaders to call a meeting some time later this month.

"There is no use of a doctor after death. A patient should be treated when he is suffering from the disease," she said.

Amid COVID-19 pandemic, Banerjee held her rally virtually though stages have been erected in all assembly constituencies of the state for smaller congregations.

In a bid to expand her party beyond West Bengal, Banerjee's speech has been televised to states including Prime Minister Narendra Modi's backyard Gujarat, BJP-ruled Uttar Pradesh, Tripura, Assam along with Delhi and Tamil Nadu, which are ruled by the TMC's political friend Aam Aadmi Party (AAP) and DMK respectively.