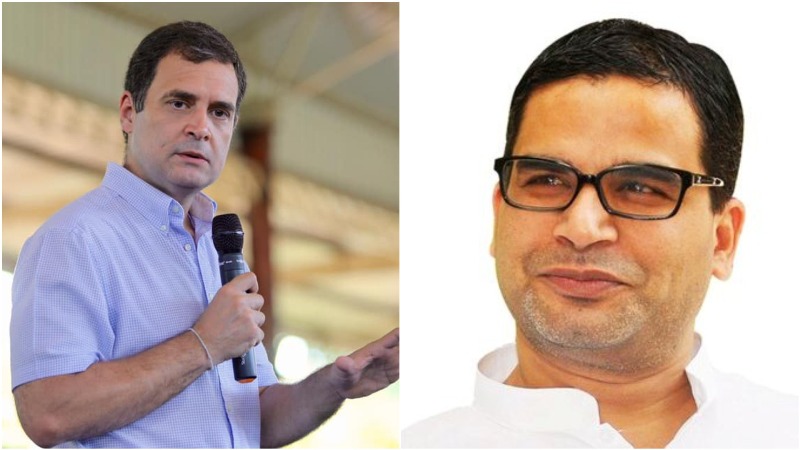 New Delhi/IBNS: As the row over Pegasus continues, new names of high profile political personalities like Congress MP Rahul Gandhi, former poll strategist Prashant Kishor and new IT Minister Ashwini Vaishnaw have featured in the potential target list of the Israeli spyware, The Wire has reported in an explosive revelation.

The Wire as well as the Guardian reported that the former Congress President was twice selected as a potential surveillance target through hacking of phones by an Israeli spyware company.

According to these reports, two mobile phone accounts belonging to Gandhi were selected for possible surveillance by the NSO among 300 verified Indian numbers.

Gandhi's numbers, which he has given up, appear to have been selected for targeting from between 2018 and mid-2019, when the national elections in India were held.

The Congress alleged that the Narendra Modi government was "listening to bedroom conversations" and mocked the ruling BJP as "Bharatiya Jasoos (spy) Party".

Phones belonging to at least five of Gandhi’s close friends and other Congress party officials were also identified as potential targets using the spyware, according to a leaked list of potential targets selected by NSO customers.

“If your information is correct, the scale and nature of surveillance you describe goes beyond an attack on the privacy of individuals. It is an attack on the democratic foundations of our country. It must be thoroughly investigated and those responsible be identified and punished,” Gandhi reportedly told Guardian.

According to the report, Patel appears to have been a person of "particular interest", as the leaked list had phone numbers not just of him and his wife but 15 people linked to him, including his cook and gardener.

Ashiwini Vaishnaw has been recently inducted to Prime Minister Narendra Modi's cabinet. He replaced Ravi Shankar Prasad as IT Minister. Surprisingly, he appears to have been targeted for possible surveillance in 2017, when he was neither a minister nor an MP, not even a member of the BJP.

Earlier in the day, Vaishnaw countered media reports on the Pegasus issue and said 'illegal surveillance' is not possible in India.

Among the high profile personalities, the other name which appears on the list is that of Prashant Kishor, who has been playing a crucial role since 2014 until recently as a poll strategist, helping his clients (mostly political parties opposed to the BJP) win elections.

Although he started his career as a poll strategist helping BJP win the Lok Sabha elections in 2014, in recent times he has been aiding parties opposed to the BJP in winning elections.

Recently, Kishor had helped Mamata Banerjee-led Trinamool Congress (TMC) defeat the BJP in Bengal assembly polls. His phone was compromised on July 14 this year, according to a forensic analysis.

He even stopped attending meetings claiming "minority decisions" were being "suppressed in a manner contrary to well-established conventions observed by multi-member statutory bodies".

The Israeli company, which sells Pegasus, has denied the snooping allegations, claiming that it only offers its spyware to "vetted governments" and said it was "considering a defamation lawsuit".

Most of the numbers identified in the list were geographically concentrated in 10 country clusters: India, Azerbaijan, Bahrain, Hungary, Kazakhstan, Mexico, Morocco, Rwanda, Saudi Arabia and the United Arab Emirates, The Wire reported.