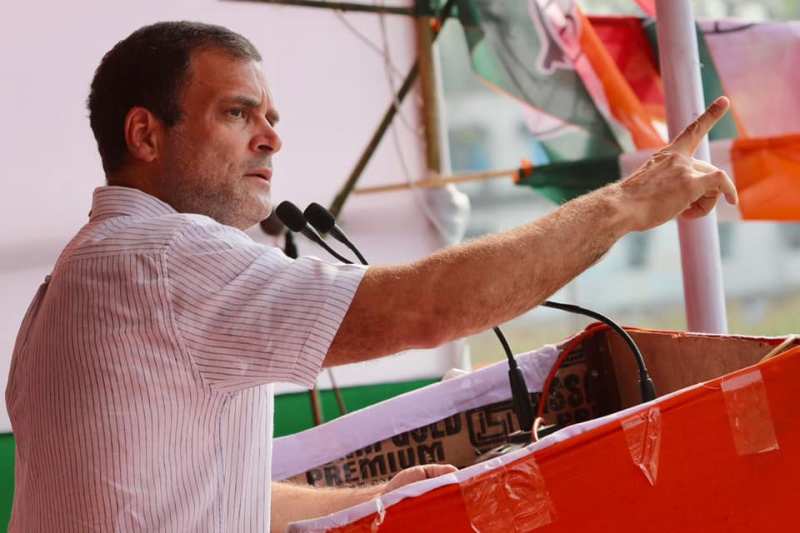 "Two numbers belonging to Gandhi were selected as candidates for possible surveillance by the NSO, whose spying tool Pegasus allows customers to infiltrate mobile phones and monitor messages, camera feeds and microphones," the report said.

Phones belonging to at least five of Gandhi’s close friends and other Congress party officials were also identified as potential targets using the spyware, according to a leaked list of potential targets selected by NSO customers.

As per the report, Gandhi's mobile number was selected by the NSO for spying in 2019 before the General Assembly polls and in the months afterward.

“If your information is correct, the scale and nature of surveillance you describe goes beyond an attack on the privacy of individuals. It is an attack on the democratic foundations of our country. It must be thoroughly investigated and those responsible be identified and punished,” Gandhi told Guardian.

The data was accessed by the nonprofit journalism organisation Forbidden Stories and Amnesty International and shared with the Guardian and other media outlets as part of the Pegasus project.

Meanwhile, Indian Information and Technology Minister Ashwini Vaishnaw told Parliament that the media report of hacking of mobile phones using the Israeli spyware is false as the presence of a phone number in the data does not reveal whether a device was infected with Pegasus or subject to an attempted hack.

"Without subjecting a phone to this technical analysis, it is not possible to conclusively state whether it witnessed an attack attempt or was successfully compromised," the Minister said in a statement.

Pegasus is a malware that infects iPhones and Android devices to enable operators of the tool to extract messages, photos and emails, record calls and secretly activate microphones.