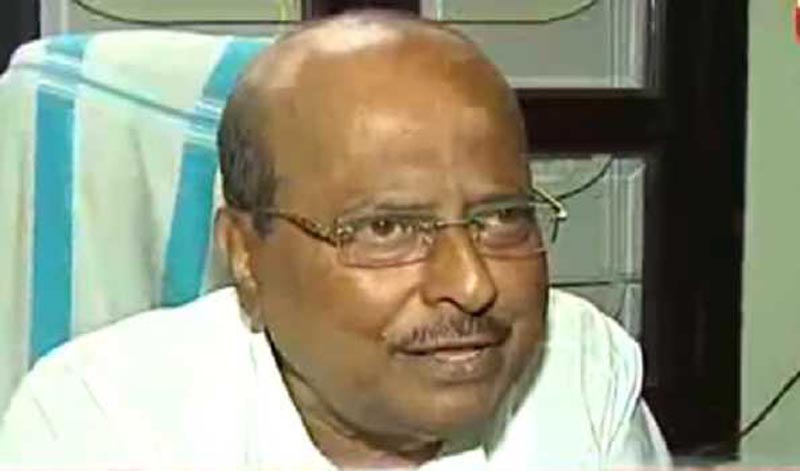 Kolkata/UNI: West Bengal Minister for Consumer Affairs, Self Help Group and Self-Employment Sadhan Pande has been admitted to a city hospital as he is down with pneumonia.

He was admitted to the hospital in an unconscious state on Friday night and was put on ventilation.

Seventy-one-year-old Trinamool Congress (TMC) MLA from Maniktala, Sadhan Pande, has been on rest for some weeks after experiencing shortness of breath.

He fell unconscious at his home and was taken to the city hospital, which put him on ventilator support .

The septuagenarian lawmaker fell ill on Apr 21 also. The veteran leader has been suffering from shortness of breath since the morning of Apr 22.

He was taken to the hospital at that time also . But after some time, he was discharged. The doctors had advised him to take rest at home.