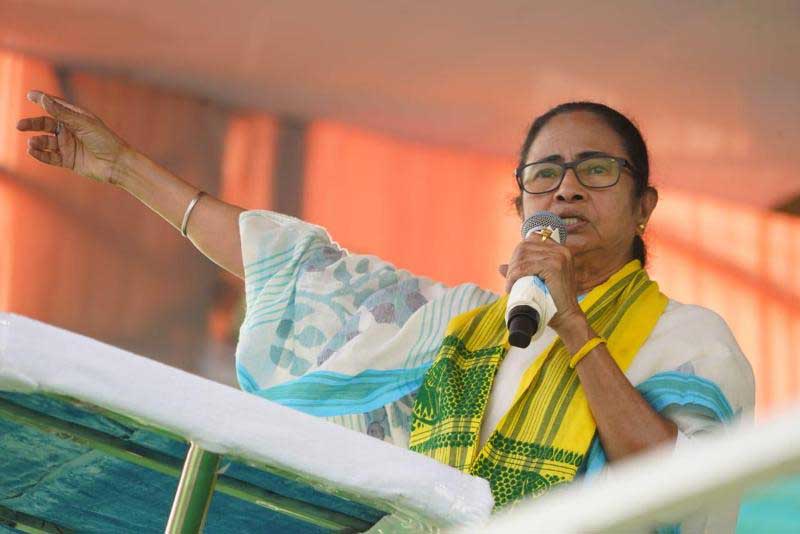 New Delhi/IBNS: Accusing the West Bengal government of 'appalling apathy' towards victims of the post-poll violence, the National Human Rights Commission (NHRC) has recommended a Central Bureau of Investigation (CBI) probe into "grievous offences like murder and rape".

The body has also said that these cases should be tried outside the state.

The Calcutta High Court had formed an NHRC committee to probe into the post-poll violence.

The committee noted that the situation in West Bengal was a "manifestation of law of ruler instead of rule of law" and "the local police has been grossly derelict, if not complicit, in this violence."

Supporting the claims of "retributive violence by supporters of the ruling party against supporters of the main opposition party"-the BJP, the report placed before the high court stated that it "resulted in disruption of life and livelihood of thousands of people and their economic strangulation."

"To compound the problem, violence and intimidation has continued. There is palpable fear among victims against police and goons of ruling party. Many displaced persons have not yet been able to return to their homes and resume their normal life and livelihood. There have been several sexual offences but victims are scared to speak out. Loss of faith in State administration among victims is very evident," the NHRC said.

"The committee has recommended that grievous offences like murder, rape, etc should be handed over to the CBI for investigation and these cases should be tried outside the state," the report added.

However after the statement by the NHRC came out in the media, West Bengal Chief Minister Mamata Banerjee on Thursday lashed out at the body for "disrespecting the court" and pursuing the "political vendetta" of the BJP by leaking its report.

Banerjee also expressed surprise over the conclusion that the NHRC drew in its report without taking into consideration the views of the state government.

"The BJP is now using impartial agencies to settle political scores and malign our state. The NHRC should have respected the court. Instead of leaking the findings to the media, it should have first submitted the same to the court," she said.

Earlier this month, the Calcutta High Court had slammed the Mamata Banerjee government for being in "denial mode" about the violence that erupted in May following the declaration of the results of state elections.

Taking up an interim report of the NHRC based on complaints of attacks on the government's political adversaries after the elections, the high court observed that there was enough evidence to suggest that post-poll violence had indeed taken place.

On June 29, an NHRC team probing the alleged post-poll violence in the state was reportedly gheraoed and heckled by locals while it was carrying out a ground survey at violence-hit Nilsangha area near KPC Medical College and Hospital in southern Kolkata's Jadavpur area.