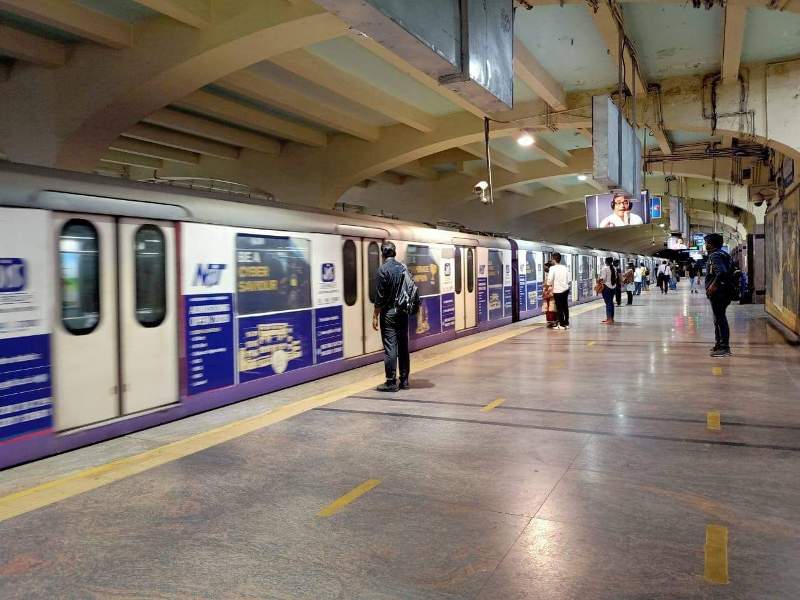 Kolkata/IBNS: West Bengal government on Wednesday extended the ongoing curbs and restrictions till July 30 to contain the spread of Covid-19 and announced more relaxations, which will come into effect from July 16, as virus cases continue to dip in the state, officials said.

The Bengal government has allowed Monday-to-Friday metro rail operations in Kolkata from July 16 with 50 per cent seating capacity while suburban (local) train movement across the state will remain suspended except for staff-special services.

"Metro railway service shall operate five days a week with 50% seating capacity and shall remain suspended on Saturdays and Sundays," a government order read.

"Movement of public transport including intra-state (inter-district) government and private buses, inland waterways transport, trams, local taxis, cabs and auto rickshaws will be allowed with passengers not more than 50% seating capacity at a time, subject to vaccination of drivers and other staff," the order added.

All schools, colleges, universities and other educational institutes, as well as cinema halls, spas and swimming pools in the state will continue to remain closed.

"Swimming pools exclusively for routine practice of state, national and international level swimmers may remain open during 6 am. to 10 am," the government order said.

The government stated that not more than 50 persons will be present at a time in marriage ceremonies while in funeral rituals, maximum 20 persons at a time will be allowed to participate.

All political, social, cultural, academic and entertainment related gatherings, groupings and congregations in West Bengal will continue to remain prohibited.

"Restaurants and bars including in hotels, shopping malls and clubs may remain open with 50% of seating capacity at a time, as per usual operational hours but not beyond 8 pm," the order read.

Meanwhile, all outdoor activities and movements between 9 pm. to 5 am. will continue to remain strictly prohibited except for essential and emergency movements.