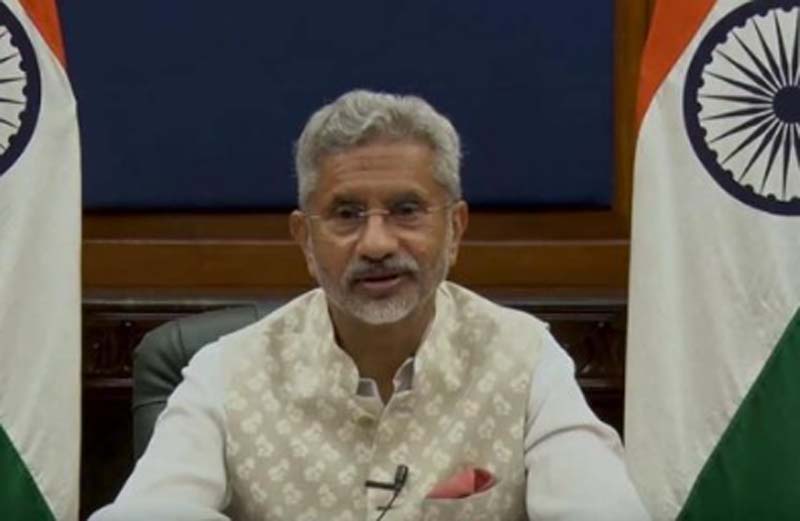 Future of Afghanistan cannot be its past: India at SCO

New Delhi/UNI: Saying that the future of Afghanistan cannot be its past, India on Wednesday called upon fellow Shanghai Cooperation Organisation nations to act against the seizure of power by violence and force, and ensure that neighbours are not threatened by terrorism, separatism and extremis

External Affairs Minister S Jaishankar at the SCO Contact Group meeting on Afghanistan in the Tajikistan capital Dushanbe, shared India's perspective on the unfolding security and political situation in that country and called for restarting peace talks among all the Afghan groups.

"The future of Afghanistan cannot be its past. A whole new generation has different expectations.

"We should not let them down, " said the EAM.

"The challenge is to act seriously and sincerely on these beliefs. Because there are forces at work with a very different agenda," he said, adding that "the world is against seizure of power by violence and force. It will not legitimise such actions."

He emphasised the need for ceasing violence and terrorist attacks against civilians and state representatives, settling conflict through political dialogue, and respecting interests of all ethnic groups, and ensuring that "neighbours are not threatened by terrorism, separatism and extremism."

The EAM said "peace negotiations in earnest is the only answer. An acceptable compromise that reflects Doha process, Moscow format and Istanbul process is essential."

Ahead of the meetings, Jaishankar discussed the latest security situation and enhanced regional cooperation for ending Taliban violence and achieving a peaceful settlement in Afghanistan with its foreign minister Mohamed Haneef Atmar.

At the Council of Foreign Ministers meeting earlier in the day, Jaishankar called on other SCO members to act against terrorism and terror financing.

"Combating terrorism and extremism is the key purpose of SCO. Must stop terror financing and deter digital facilitation,” Jaishankar said, addressing the meeting.

He spoke on public health and post-pandemic economic recovery and highlighted the One Earth One Health message and urged early universal vaccination.

He also stressed on reformed multilateralism and underlined the need to rejuvenate this domain.

Tajikistan is presiding over the SCO this year and will host a meeting of the SCO Heads of State Council in September.