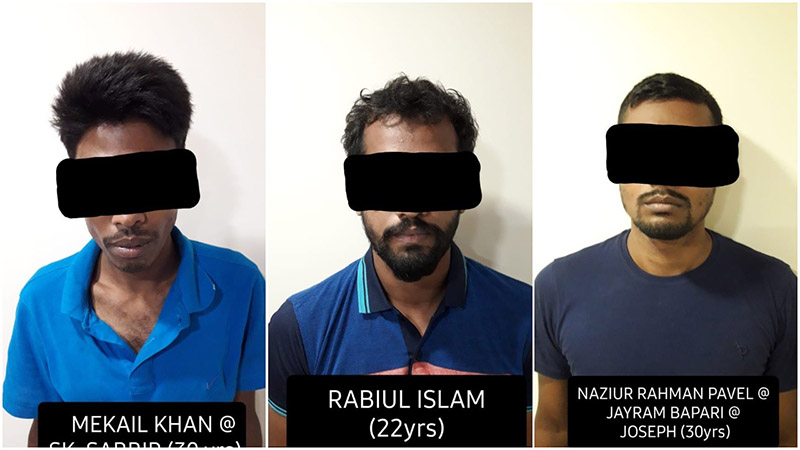 Kolkata/UNI: The Special Task Force of the Kolkata Police on Sunday arrested three suspected Jamaat-ul-Mujahideen (JMB) terrorists from Kolkata and seized many incriminating documents from them.

Police following an input had laid a trap at the Haridebpur bus stand and arrested them this afternoon.

The JMB suspects identified as Naziur Rahman, Sabbir and Raziul, the first one is a trained terrorist.

Police said the trio is from the group of Master Ziaur of JMB of Bangladesh.

The trio had been staying in the city for some months disguised as hawkers of the city streets.

Police said they arrived here to collect funds and recruited people for the terrorist group.