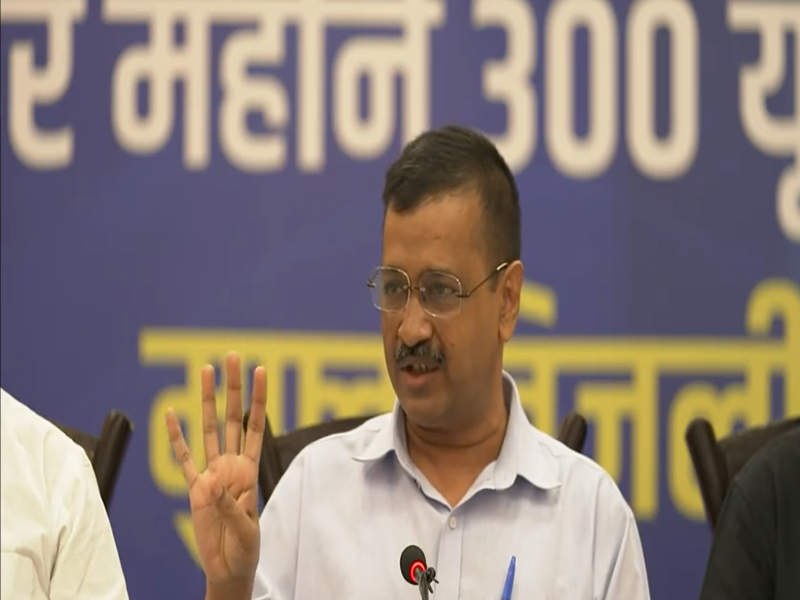 Dehradun/IBNS: In order to boost its prospects in the Uttarakhand polls, the Aam Aadmi Party (AAP) Sunday promised 24/7 power supply and 300 units of free electricity to every household per month while sharpening attack on its bigger rivals BJP and Congress.

The other offers include waiver of previous electric bills and free supply to farmers while promising development which the party's National Convenor said the state has been denied by power hungry parties.

"Uttarakhand's people have for the past 20 years been getting ground by these two parties (BJP and Congress) like grain between two millstones...They are only fighting for the chair," Arvind Kejriwal said today in his first press conference amid AAP's campaign for the state polls scheduled for February 2022, reported NDTV.

"Who will think of the development of the people of Uttarakhand?" he asked.

He asked why power was so expensive in the state despite Uttarakhand being a major producer and supplier.

Kejriwal referred to the rise in prices of staples like food and fuel and asked the people if any party has ever talked about free electricity supply.

Referring to Uttarakhand power minister's announcement of 100 free units and  and between 100 and 200 units at half the price, Kejriwal said he doubted if promises made six months ahead of the polls would be fulfilled in the future.

"Today I am guaranteeing four things on the power issue. And this is not an election jumla," he said announcing the party's poll promise of free 300 units and among other, reported NDTV.

There will be no increase in taxes for the next five years and the state will also not seek loans for its expenses, if AAP comes to power in Uttarakhand, Kejriwal stated, adding that the party will follow the same model of governance it implemented in Delhi.