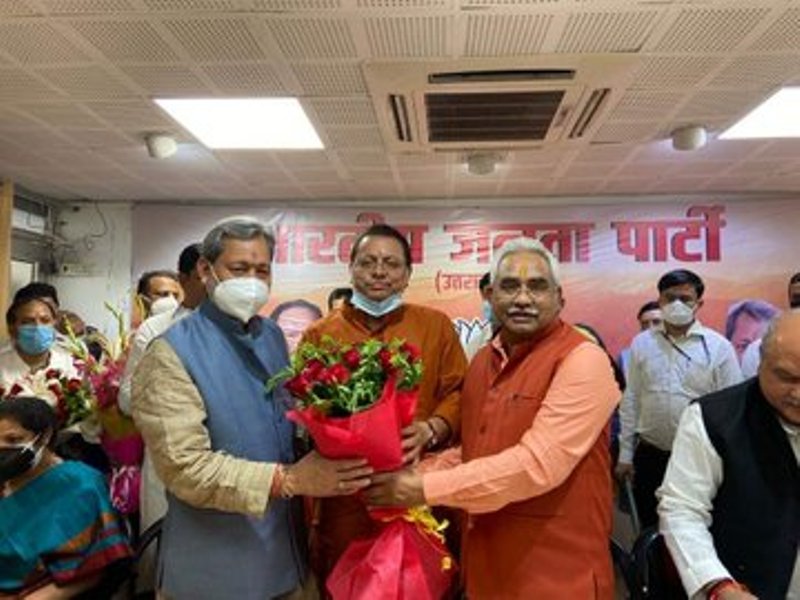 Dehradun: Pushkar Singh Dhami was sworn in as the new Chief Minister of Uttarakhand on Sunday.

He was elected as the CM after ex-Uttarakhand Chief Minister Tirath Singh Rawat handed over his resignation letter to his party Bharatiya Janata Party (BJP) on Friday, barely four months after he took charge of the post.

Indian PM Narendra Modi wished the leader after he took oath as the CM.

Congratulations to Shri @pushkardhami and all others who took oath today. Best wishes to this team as they work towards the progress and prosperity of Uttarakhand.