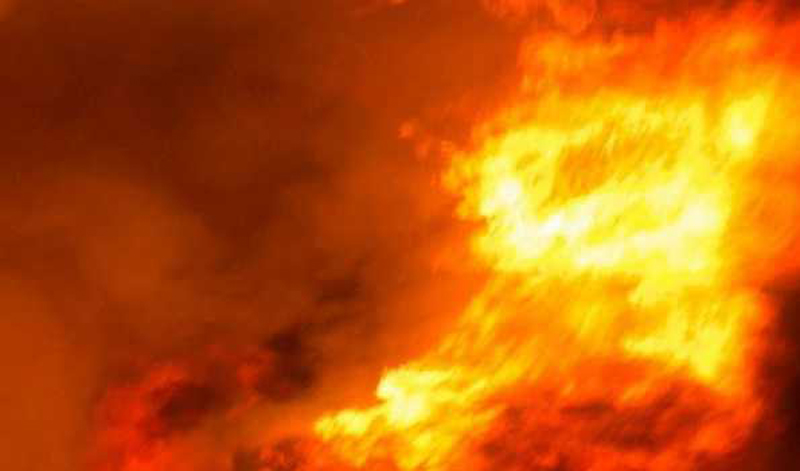 Delhi: Fire breaks out at a house in Budh Vihar, 3 injured

New Delhi/UNI: At least three people, including a fireman, were injured after a fire broke out at a house in northwest Delhi's Budh Vihar area on Saturday morning, Fire Department said.

"We received the call at 0604 hrs about a blaze in the Budh Vihar area.

Four fire tenders were pressed into service to douse the fire. Three people have been injured in the fire," Delhi Fire Service said.

"One fireman suffered a fracture in his leg while dousing the fire. He was rushed to Saroj Hospital in Rohini," a fire department official told UNI over the phone.