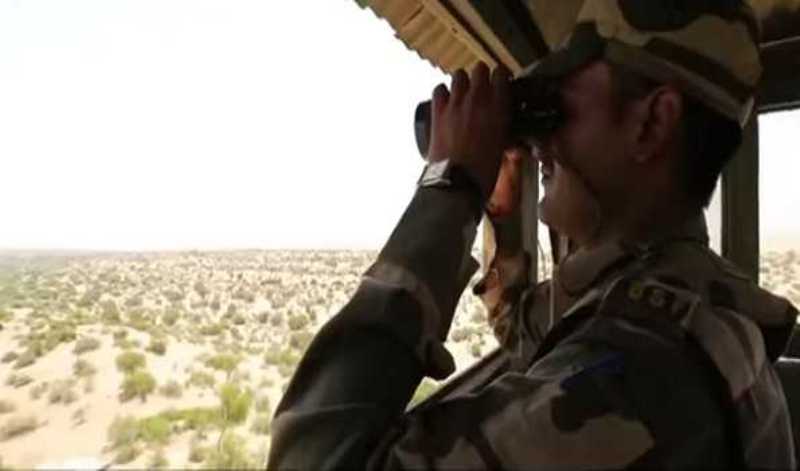 Security agency sources said that around 0440 hours, the Army troops noticed one drone over Military Station near Goswami enclave at Kaluchak.

Soon after around one hour of its spotting, another drone was seen hovering over the Air Force signal in the Kunjwani area at the height of 800 to 1000 meters.

"Both the spots have already been cordoned off and high alert is sounded," sources said.

Army troops on Tuesday also spotted the drone near Military Station in Ratnuchak-Kunjwani areas here in the city outskirts.

Earlier on Monday, Army had successfully thwarted the drone activity near Ratnuchak-Kaluchak Military Station along the Jammu-Pathankot national highway.

Two blasts occurred at Jammu Air Force Station in the early hours of Sunday in which the explosive was believed to be airdropped from the drones, leaving two Indian Air Force (IAF) personnel injured and portion of the building damaged in the high security zone.