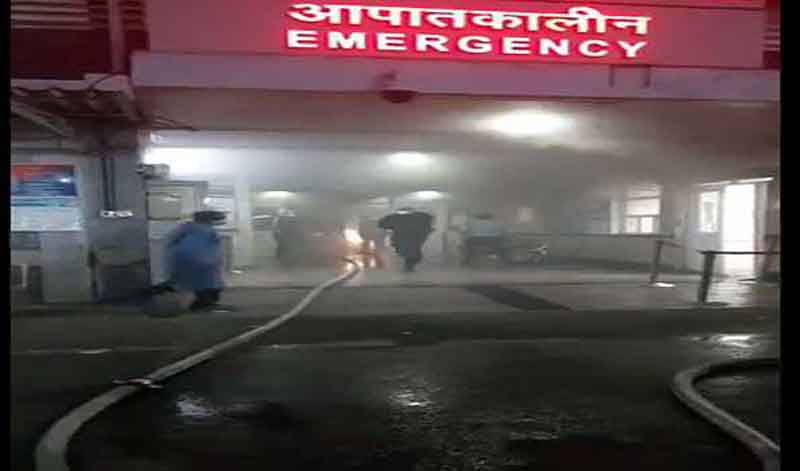 Fire breaks out at Delhi's AIIMS, no injury reported

New Delhi/UNI: A fire broke out in the store room on the ground floor of Delhi's All India Institute of Medical Sciences (AIIMS) on Monday.

A police officer from South Delhi said that the PCR got information about the fire at AIIMS at 0515 hrs. On reaching the spot, it found smoke emanating from a store near the casualty ward.

The patients were evacuated safely after the fire incident, the police said.

Seven fire tenders reached the spot and extinguished the blaze.

The situation is now normal and under control, police said, adding that there have been no casualties in the incident.

The casualty ward has been reopened for the patients. An investigation is underway to ascertain the cause of the fire.