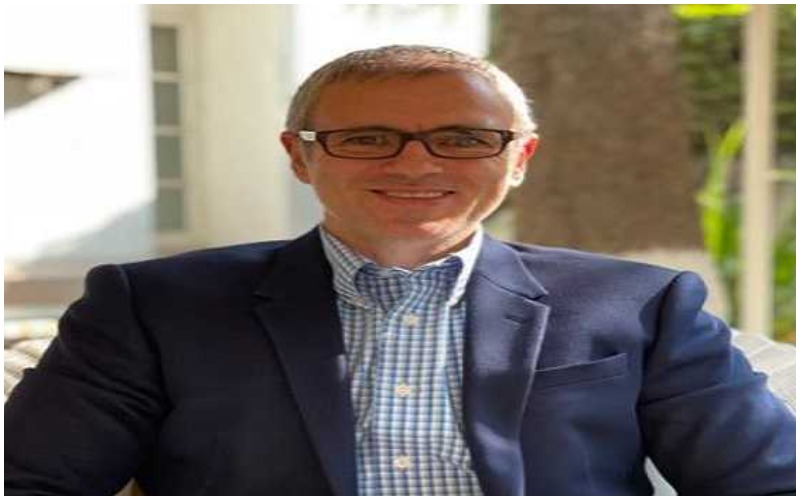 No speech outside PAGD agenda; foolish to expect a return of Article 370 from this govt: Omar Abdullah

Srinagar/UNI: Asserting that it would be foolish to expect that the current BJP regime at the Centre would return Article 370, former Chief Minister and National Conference (NC) Vice President Omar Abdullah on Saturday said they didn’t mention anything during the 'All Party Meeting' chaired by Prime Minister Narendra Modi that was outside the agenda of Peoples Alliance for Gupkar Declaration (PAGD).

During the meeting, Abdullah asserted they will not stop fighting for the restoration of Article 370 even if takes many years.

“The PAGD members didn’t say during the meeting that we agree with the decision on August 5, 2019. We told the PM that people are not happy with this decision and they want the special status back. But, we don’t want to betray people by saying that we will get the August 5 decision reversed by PM Modi.

"It would be foolish to expect that the people who took away the special status of J&K will return it,” Omar told reporters in Srinagar after returning on Saturday from New Delhi post their 'APM' with PM Modi.

He did not get a chance to speak during the meeting, however, his father Dr Farooq was vocal, sources said.

Omar said the NC has authorized its President and Member of Parliament (MP) from Srinagar Dr Farooq Abdullah to take a final call on the delimitation process. However, he added there was no fresh approach to the NC from the Delimitation Commission.

“We were not called there (at PM Modi's APM) as an alliance. Had that been the case, only one person from the alliance would have been invited. Three members of the PAGD alliance – NC, PDP and CPI(M) – attended the PM’s meeting. But, we did not say anything at the meet that is outside PAGD agenda,” the former CM said.

Responding to a query, he asserted that not just Mehbooba Mufti (PDP president and vice-chairperson of PAGD), Dr Farooq has also said it took 70 years for BJP to succeed in their agenda of abrogation of Article 370. “So, we won't back off from our mission, even if it takes us 70 weeks or 70 months or more time,” he added.

Prime Minister Modi had chaired an All Party Meeting of 14 leaders from eight political parties in J&K on Thursday to discuss the future course of action for the Union Territory, as a fresh initiative by the Centre since the abrogation of the special status of the erstwhile state of Jammu and Kashmir on August 5, 2019.