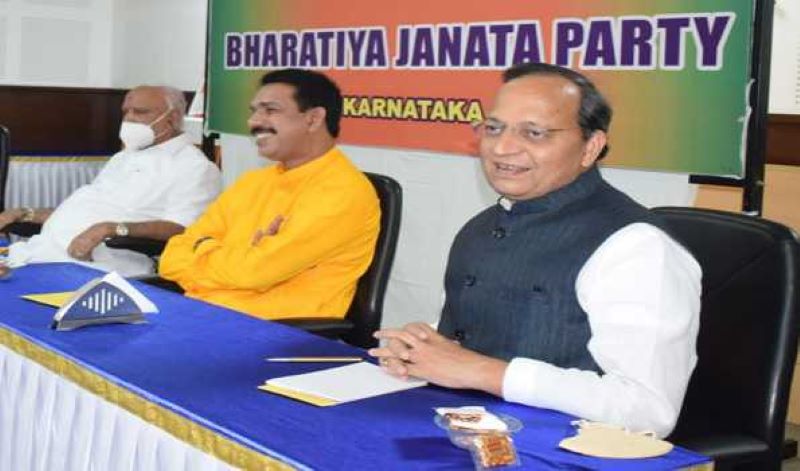 Bengaluru/UNI: The central Bharatiya Janata Party (BJP) leaders have reportedly decided to replace Karnataka Chief Minister B S Yediyurappa against whom some of the party MLAs expressed resentment during the visit of BJP national secretary Arun Singh, recently.

According to highly placed party sources, the Central leadership had communicated its desire to give effect to the change of leadership to the incumbent Chief minister to consolidate the saffron party's base in Karnataka.

The BJP's national general secretary and the party's trouble-shooter Bhupendra Yadav had met B S Yediyurappa, secretly in Bengaluru at a resort, a couple of days back, and communicated about the need to step down and pave the way for a smooth transfer of power in the state.

"The Chief minister, who had openly expressed to step down if the party's Central leaders issued directions, has bought more time to step aside," the sources said.

It may be recalled that the 78-year-old Yediyurappa was sworn-in as the Chief minister of the state for the fourth time, in July 2019 after engineering defections in the ruling JD(S)-Congress coalition government headed by H D Kumaraswamy.

While the party in charge Arun Singh, who had hectic consultations with the party leaders, MLAs, and Cabinet ministers during his three-day visit to the state recently, had, however, rejected the theory of giving effect to the change of leadership.

"Mr Yediyurappa will remain in the saddle and will complete his term" Arun Singh had told the newsmen.

Meanwhile, Yediyurappa's younger son B Y Vijeyandra, who is also vice-president of the Karnataka BJP had also rushed to New Delhi, on Friday, also raised eyebrows in the party circle in the state.