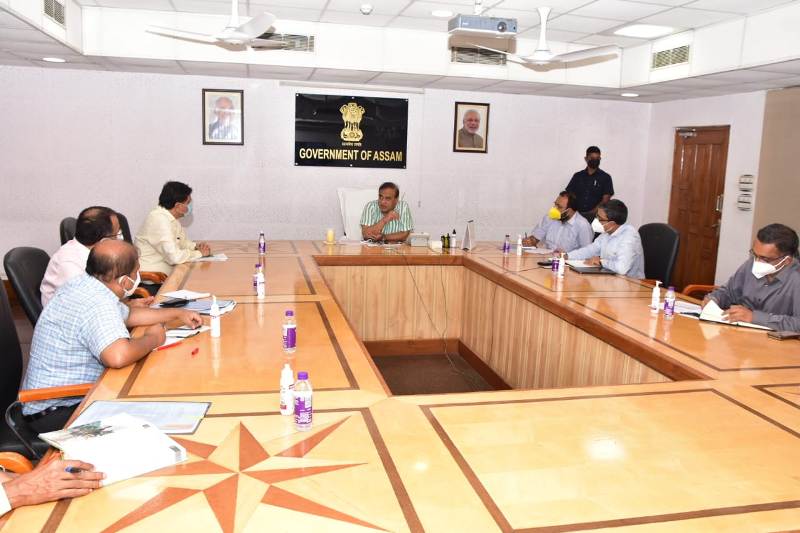 Guwahati/IBNS: Assam Chief Minister Himanta Biswa Sarma reviewed the Civod-19 situation and vaccination status in the state through a video conference with the DCs, SPs and district health officials from his office at Janata Bhawan on Friday.

After a detailed review of the present Covid situation in the state, the Chief Minister directed the Deputy Commissioners to strictly enforce the guidelines issued in respect of micro-containment zone in areas where positivity rates are very high.

He also asked the DCs to ensure strict compliance of social distance norms at vaccination camps to stop further spread of Covid-19, apart from 100 percent vaccination coverage of all frontline workers.

Chief Minister Sarma further said that the Anganwadi workers directly deal with the most vulnerable sections of the society and it is very important that each one of them gets vaccinated at the earliest. He also instructed not to release the monthly remuneration of the Anganwadi workers who do not take Covid vaccines.

The Chief Minister also informed that the state government has developed the concept of guardian minister and guardian secretary with a view to give a renewed push to the development narrative of the districts.

He also said that the visit of the guardian ministers and guardian secretaries to the assigned districts will be a regular process and directed the DCs to set up camp offices for them to facilitate smooth functioning of their activities.

The Chief Minister also appreciated the district health functionaries and district administrations for the role played by them in the success of the mega vaccination camps.