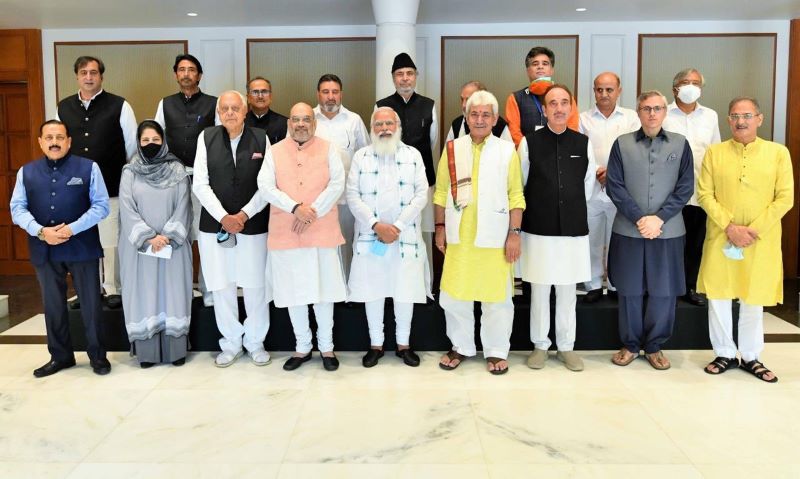 New Delhi/IBNS: Prime Minister Narendra Modi's three-hour-long meeting with all political leaders of Jammu and Kashmir has concluded with the former assuring the leaders of early restoration of statehood and assembly election process following the completion of delimitation exercise.

Two years after withdrawing special status from the erstwhile state, the Prime Minister along with Union Home Minister Amit Shah met all Kashmiri leaders in the national capital.

The meeting is crucial as the Centre is mulling over holding elections to the new union territory though the Kashmiri leaders are still adamant over their demand of restoration of Article 370.

Muzaffar Baig of Jammu and Kashmir Peoples’ Conference said, "The meeting was very cordial, very dignified. It was a good meeting. Very positive. We must all work together. The Prime Minister listened very carefully.

He said he is seized of the matter. The PM said he would ensure that it is a zone of peace rather than conflict."

On Article 370, he said it is in the Supreme Court.

Sajjad Gani Lone of the same party said, "Very, very cordial meeting and we came out quite positive there will be some delivery."

The PM said after the delimitation process there would be the process of statehood restoration.

The PM was also assured of elections, they said.