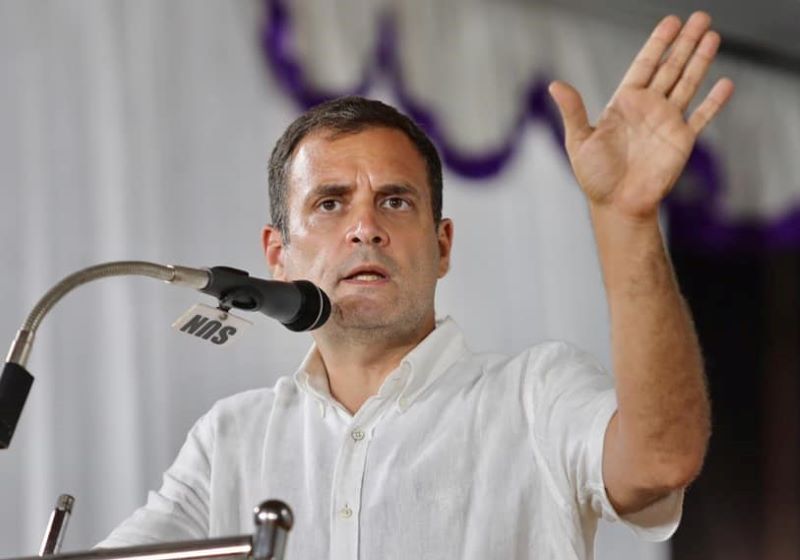 Surat/UNI: Senior Congress leader, Lok Sabha MP and former party president Rahul Gandhi on Thursday appeared in a court here in connection with a defamation case filed two years ago by local BJP MLA Purnesh Modi for his alleged derogatory remarks against the 'Modi' surname during an election rally.

Gandhi arrived here at the airport and went to the session court premises where he appeared in the court of the Chief Judicial Magistrate A N Dave and recorded his statement.

Before appearing in the court, the Congress leader had tweeted, "The whole secret of existence is to have no fear."

He later returned to New Delhi.

Gandhi had last appeared in the court on October 10, 2019 a day before his appearance in two metropolitan courts in Ahmedabad in connection with as many defamation cases.

There are a total of three defamation cases against him in Gujarat. The Ahmedabad courts have exempted him from personal appearances.

The defamation case in Surat was filed by local BJP MLA Purnesh Modi citing Rahul Gandhi's remarks in an election rally in Kolar of Karnataka during last general elections in 2019 in which he had allegedly said that 'Sabhi Modi Chor hain' (All Modis are thieves) in a reference to the surnames of fugitive businessman and PNB scam accused Nirav Modi, former IPL chairman Lalit Modi and Prime Minister Narendra Modi.

Gandhi had pleaded not guilty during the first appearance in this case of criminal defamation filed under sections 499 and 500 of the IPC.

Of the two other defamation suits against Gandhi in Gujarat (both in Ahmedabad), one is filed by Krishnavadan Brahmbhatt, a local BJP corporator, for his remarks at an election rally in Jabalpur on April 23,2019. The Congress leader had allegedly said "murder-accused BJP chief Amit Shah, wah, kya shaan hai (how glorious)!".

Brahmbhatt contended that this was slanderous as Shah was acquitted by a CBI court in the Sohrabuddin Shaikh fake encounter case in 2015, and the higher courts did not entertain appeals against the acquittal.

Gandhi had pleaded not guilty i.e., he said that he had not done any wrong and denied the allegations. He was later granted bail in the matter.

The other defamation case in Ahmedabad has been filed in connection with his said remarks and tweets about the alleged involvement of ADC bank in large scale exchange of scrapped notes during demonetization. He had taken a jibe at Amit Shah, who was a director of the bank. Mr. Gandhi was also granted bail in this case too.