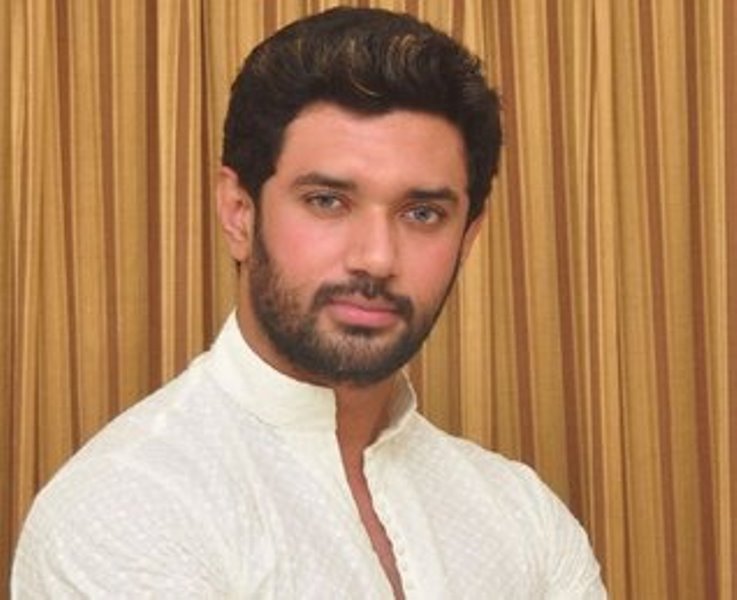 New Delhi/IBNS: Chirag Paswan has decided to go for the display of popular support in his favour in the face of challenge posed by his uncle Pashupati Paras for the control of Lok Janshakti Party (LJP).

Paswan junior announced a roadshow in Bihar next month on the birth anniversary of  his father, late Ram Vilas Paswan, in a bid to make the situation clear to his rebels.

He declared his plan after a meeting, where it was also decided that the party will demand country's highest civilian award,Bharat Ratna, for Ram Vilas Paswan.

The meeting also condemned Pashupati Paras for his statement and action, saying that he was misleading people.

Chirag Paswan compared his battle ahead with the rebels with Mahabharata, referring to the epic war between Pandavas, who symbolised the righteous, and the Kauravas, who were considered the reflection of evil, for which, he said he has also sought the blessings of his mother.

Despite an attempt by Pashupati Paras to usurp the party's top position, the Paswan community which has 6 per cent votes in Bihar, views Chirag Paswan as the real leader of the party.

This feeling is also shared by RJD and BJP.

According to an NDTV report, Chirag Paswan will prove a tough adversary for his uncle and most of the LJP leaders are in favour of his aggressive politics and his uncle is no match for his potential.

Ram Vilas Paswan, a minister in Prime Minister Narendra Modi's government, died last October. Less than a year after his demise, the party has run into deep crisis, with his younger brother, who played the role of a backroom strategist till a few days back, making a bid for the takeover.

Last Monday, Paras led a coup with four other MPs asking the Speaker of Lok Sabha to recognize them as a separate group.

The rebel group held an emergency meeting the next day and pointed out that one man should hold one post in the party while Chirag Paswan held three. They removed Chirag Paswan as the party chief and promised to elect a new chief soon. They also elected Suraj Bhan Singh as the party's interim president.

In a quick move, Chirag Paswan then appointed his right hand man Raju Tiwari as the party's Bihar unit president.

Meanwhile, Pashupati Paras announced that he will be inducted into Narendra Modi cabinet, the place vacated due to the death of of his brother. This is seen as a miscalculation by him and not likely to endear him to BJP central leadership, who like to keep things to themsleves till a formal announcement is made, the NDTV reported.