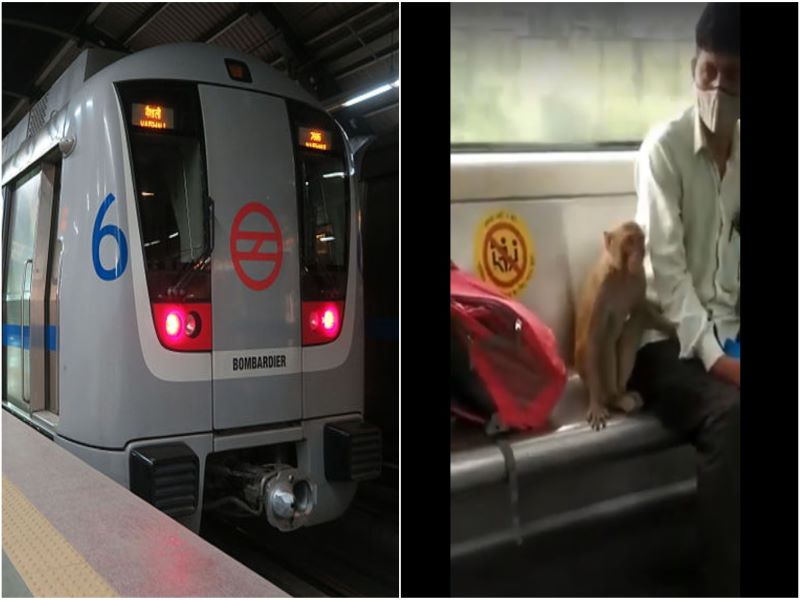 Delhi/IBNS: A video of a monkey moving freely in a metro rail compartment running on Delhi Blue Line has gone viral.

It had climbed from Yamuna Bank Metro Station at around 4:45 pm on Saturday, according to sources.

People were surprised when the train doors closed with the monkey inside.

In the video, the monkey can be seen, climbing support poles, walking between seats, looking out of the window and then sitting quietly by the side of a passenger.

While it did not attack or harass people travelling the semi-filled train, the passengers seemed worried about its existence.

Some people can be heard warning that the animal could bite. They can also be heard saying that the authorities should have called someone to catch the monkey and removed the animal from the train.

The monkey was moved out of metro at the next station, IP,  after passengers informed the DMRC staff.

It did not cause any harm to anyone.