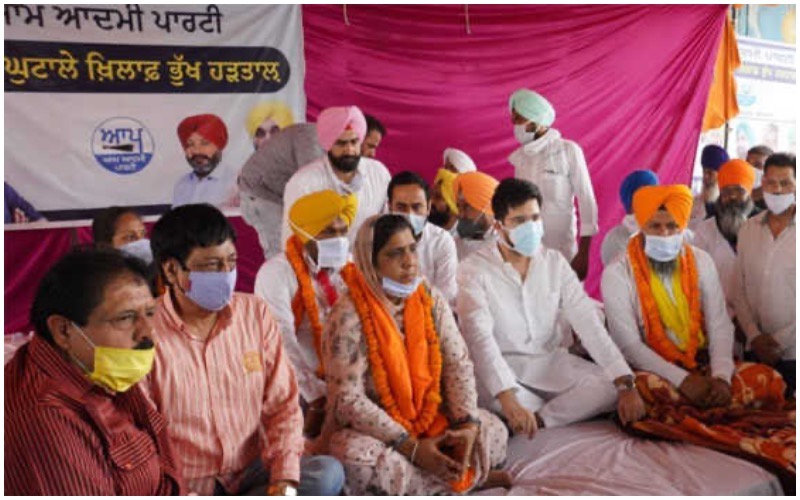 Ludhiana/UNI: Aam Aadmi Party (AAP) Punjab co-incharge Raghav Chadha arrived in Ludhiana on Friday from Delhi to take part in the hunger strike which is going on for the last three days.

He said Aam Aadmi Party would continue its hunger strike to give rights to Dalit students.

Commenting on the SAD-BSP alliance, he said the Akali Dal's boat was already sinking and now they have put the elephant in the sinking boat which will further ensure it.
He said Congress was now in the race of Chief Ministership and besides Capt. Amarinder Singh, eight other candidates who wanted to be the Chief Minister of Punjab were also in the race to become the Chief Minister.

Meanwhile, when asked about the post of Chief Minister, he said it was not the right platform to say who would be the Chief Ministerial candidate.

He said indecency, drugs and unemployment would be the main issue of Aam Aadmi Party in the forthcoming Assembly elections in Punjab.