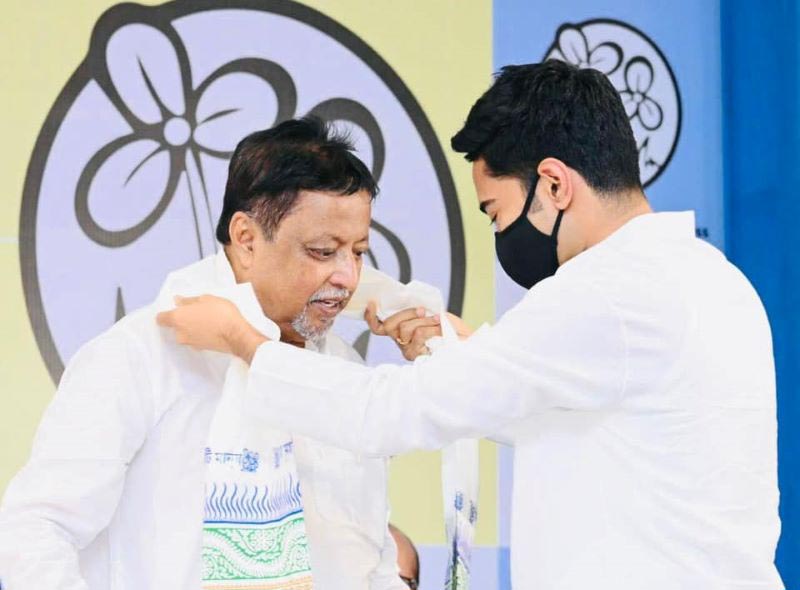 Kolkata/IBNS: The opposition leader of West Bengal, Suvendu Adhikari, on Friday filed a petition with Assembly Speaker Biman Banerjee seeking disqualification of Bharatiya Janata Party (BJP) MLA Mukul Roy, who crossed over to the Trinamool Congress (TMC) after the polls.

Roy, who won from Krishnanagar Uttar on a ticket from Adhikari's party, jumped to the TMC earlier this month.

On this matter, the veteran politician told media, "I will act as per the instruction of my party."

In a strong message to the ruling party, Adhikari had earlier said, "As an opposition leader, I will ensure the enactment of anti-defection law in the Assembly. It may take time though."

Countering Adhikari, who is appearing as the BJP's new face in the state, the TMC has stated the opposition leader must first preach the same to his family members, who have crossed over from the ruling party to the saffron unit during the elections without stepping down.

Adhikari's father Sisir Adhikari and brother Dibyendu Adhikari, both Lok Sabha MPs, were present in the BJP rallies during the elections.