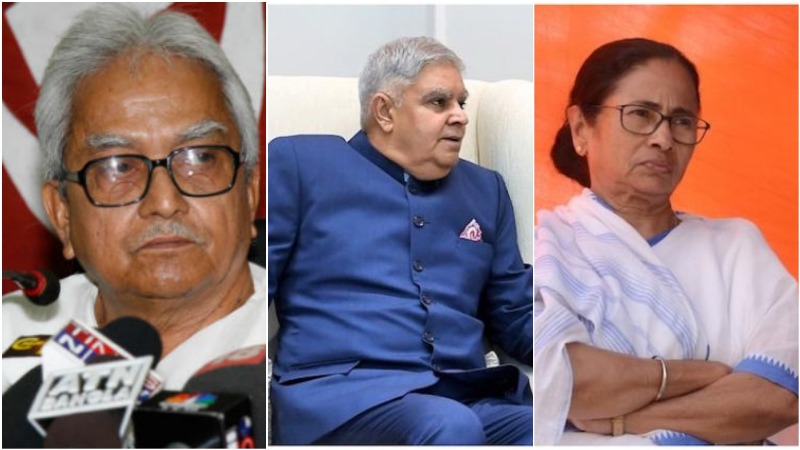 In her tussle with Jagdeep Dhankhar, Mamata Banerjee gets support from Left

Kolkata/IBNS: Amid a tussle between the West Bengal government and its governor Jagdeep Dhankhar over post-poll violence, Chief Minister Mamata Banerjee on Thursday found support from its arch rival-the Left Front.

Left Front Chairman Biman Bose slammed the Governor for allegedly acting as a mouthpiece of the Bharatiya Janata Party (BJP) and condemned his "partisan" role.

"This cannot be the role of a governor, particularly in West Bengal," he added.

The West Bengal government on Tuesday slammed Dhankar for posting a scathing letter to Chief Minister Mamata Banerjee on Twitter.

The state government called the communication format "violative of all established norms."

The Governor, who is often at loggerheads with Mamata Banerjee, had tweeted a copy of his letter to the Chief Minister on Tuesday.

Accusing her of maintaining "continued silence and inaction" over post-poll "retributive bloodshed, violation of human rights, outrageous assault on dignity of women, wanton destruction of property, perpetuation of untold miseries on political opponents", Dhankar had said it was the "worst since Independence" and "augurs ill" for democracy.