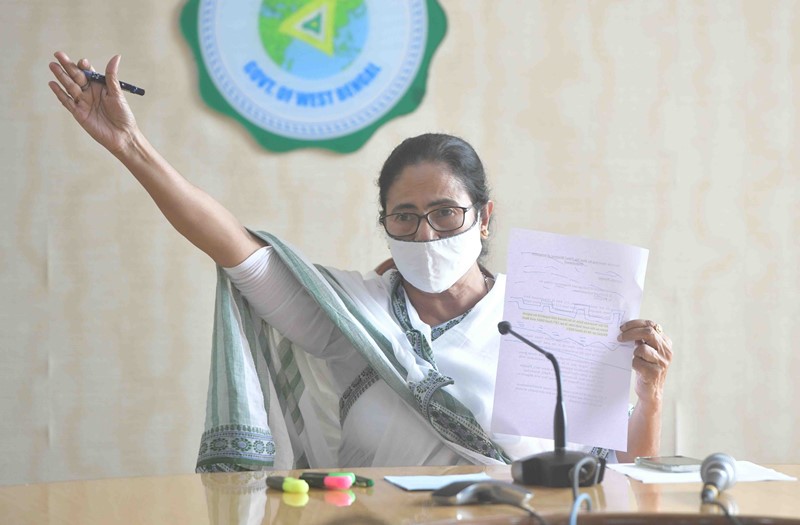 People trying to divide Bengal will see strength of our unity: Mamata Banerjee

Kolkata/IBNS: West Bengal Chief Minister Mamata Banerjee on Thursday referred to the "strength" of her state's "unity" which she said would deal with the divisionary powers.

Banerjee made the comment in response to two Bharatiya Janata Party (BJP) MPs' controversial demand for a union territory carved out of North Bengal from the state.

"We will not allow 'Banga Bhanga' (division of Bengal). Those who will come to divide Bengal will see the strength of our unity," said the Chief Minister during her press briefing.

BJP MP from Alipurduar, John Barla, has recently said the demand for a separate union territory was raised during a close-door meeting, various media had reported.

Banerjee on Thursday slammed the Narendra Modi government for allegedly bulldozing Twitter amid a tussle between the Centre and the micro-blogging site.

Twitter lost its legal shield for failing to comply with the new rules that require the appointment of key officers based in the country.

Though the Centre said Twitter is the only platform not to comply with the new rules, the micro-blogging site had said it had appointed an interim Chief Compliance Officer and would also share the details with the IT Ministry.

In May this year, Twitter had flagged concerns over freedom of speech in India after its offices were raided in south Delhi and Gurgaon.

Meanwhile, Banerjee denied any ongoing post-poll violence in the state, which had witnessed high-voltage elections this summer.

The Chief Minister said though there were a few "sporadic incidents" during polls, she does not support any kind of violence.

Banerjee said this while reacting to Governor Jagdeep Dhankhar calling out the Chief Minister's "silence" over the post-poll violence.