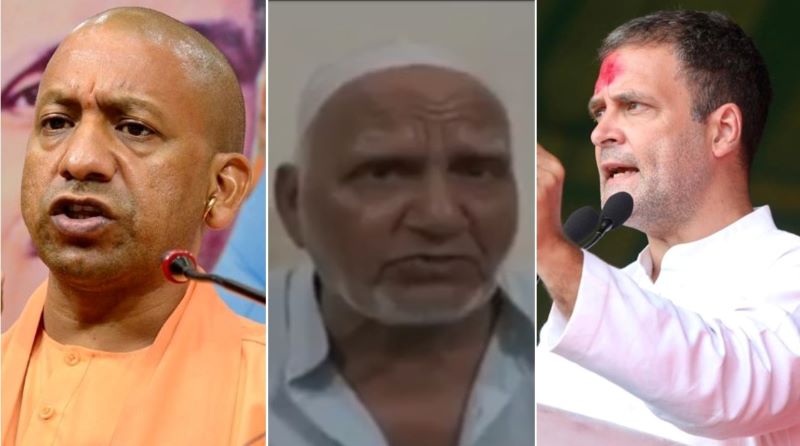 As it was reported, an elderly Muslim man, named Abdul Samad, was allegedly assaulted by a group of young men, who also cut his beard and force him to chant "Jay Shri Ram" and "Vande Mataram", while he was on his way to to a mosque to offer his prayers.

According to to various media reports, one of the attackers, a young man in white full sleeve t-shirt and blue sweatpants, threatened the victim with a knife which he also used to chop off his beard.

Police have turned down any communal angle to the incident, stating the old man was attacked both by Muslim and Hindu men as they were upset over amulets they had purchased from him.

Slamming the incident, Gandhi, a Congress MP, had tweeted, "I am not ready to believe that a true devotee of Shree Ram can do this. Such cruelty is far away from humanity and shameful for a society and a religion."


Hitting back at Gandhi, Adityanath tweeted, "Prabh Shree Ram's first teaching is truthfulness which you (Rahul Gandhi) have never practiced. It is shameful that you are spreading venom in society even after the truth is being told by the police."

"You are shaming humanity in the greed of power. Stop humiliating, defaming people of Uttar Pradesh," the controversial Hindu priest added.

The incident has gathered momentum as the north Indian state is rapidly getting into an election mode with the sharp decline in COVID-19 cases.