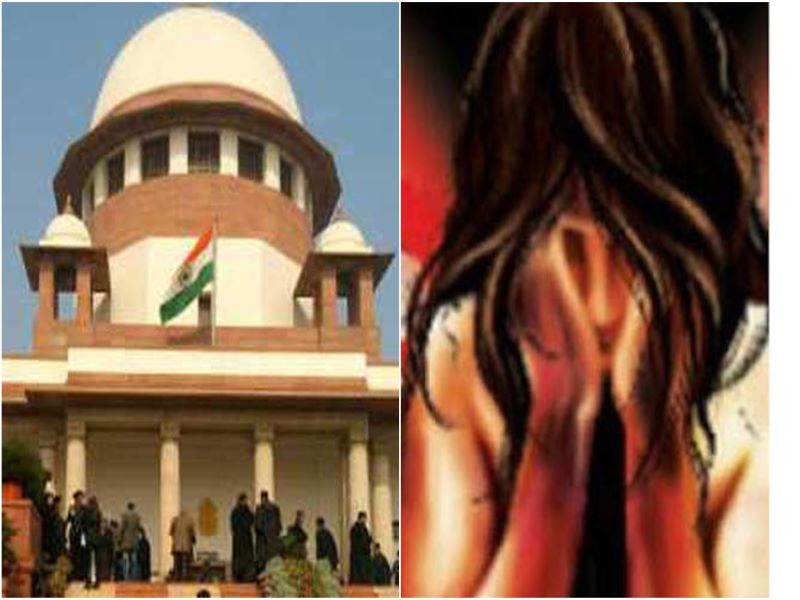 New Delhi/IBNS: Two women, who were gangraped by alleged TMC members during the post poll violence in West Bengal in May, have related their harrowing tales to the Supreme Court and sought SIT probe in all cases of violence and police inaction, after it entertained the pleas of two BJP workers, murdered by alleged activists of Bengal's ruling party during the same period, according to media reports.

The petitioners are - 60-year-old woman from East Midnapore district and 17-year-old girl from Murshidabad district. Supreme Court will hear their petition on Tuesday, the media reports informed.

The women cited the intervention by the Supreme Court in post-Godhra communal riot cases and sought a similar court-monitored SIT probe into horrific violence and gang rapes that continued for a fortnight with police and administration turning a blind eye to the incidents, Times of India reported.

According to the report, the 60-year-old petitioner said after TMC's victory in the assembly polls, the party workers started targeting people who had opposed the ruling dispensation. She related the gut-wrenching account of how the alleged TMC workers went on rampage. On the intervening night of May 4 and 5, they ransacked her house, robbed all the valuables, and gang raped her in front of her six-year-old grandson, stated the TOI report.

The woman said at least 100-120 alleged TMC workers surrounded her house on May 3 and threatened to bomb it. Her daughter-in-law left in fear the next day. The next night, the alleged TMC workers forced into her house, tied her to a cot and raped her in front of her grandson, the woman wrote in a letter to the Supreme Court, it added.

All this happened despite BJP winning from the constituency (Khejuri).

The violence against TMC's political opponents continued with impunity, she said, the TOI report stated.

The woman was taken to the district hospital, after she was found unconscious by her neighbours. No case was registered as police refused to admit an FIR when her son-in-law approached the local police station, she added, according to the TOI report.

"While the history is replete with gruesome instances where rape was employed as a strategy to terrorize the enemy civilian population and to demoralise enemy troops, but never have such cruel crimes been committed against a woman citizen for her or her family's participation in the democratic process. Not merely the said crimes were facilitated by the inaction of the state authorities/police, but what was shocking is post crime humiliation that the rape survivors were subjected to, for the perceived audacity in reporting the crime," she said, quoted TOI.

"The perversity of the investigation as is being carried out by the local police can be inferred from the fact that while the rape was committed by five accused, who were all named by the rape survivor, and when the rape is confirmed by a medical report the police has deliberately chosen to name only one of the five accused in the FIR," she alleged and sought an investigation by SIT/ CBI, citing that the accused are members of TMC, the TOI report said.

In her application, the woman said the alleged TMC workers used rape as a weapon against people who showed political dissent to silence, humiliate and take revenge during the post-poll violence.

A minor girl from the Scheduled Caste community also sought SIT/CBI probe into her alleged gang rape by alleged TMC workers on May 9 and shifting of the trial outside West Bengal, according to the report.

She told the Supreme Court that local TMC leader Bahadur SK came to her house to threaten her family against filing a complaint, the day after she was gang raped and left to die in a jungle by TMC members, said the TOI report.

The 17-year-old gang rape survivor alleged in her petition to Supreme Court that the TMC leader threatened to burn their house if they dared to lodge a complaint, it added.

She wrote in her application that she was kept in a child welfare home and not allowed to meet her parents. "Such has been the conduct of local police administration that instead of sympathizing with her and family members the police is pressuring her family saying their other daughter may face the same consequences," she said while requesting an independent probe, said the TOI report.

The report further said that another woman, Purnima Mondal, whose husband was hacked to death by alleged TMC supporters told the Supreme Court that "such is the vengeful nature of the violence that that the applicant's husband who campaigned for BJP was subsequently identified and assaulted with access in broad daylight on May 14 the present applicant was made to helplessly witness the assault on her husband and her brother in law while she herself was being disapproved wrapped and struggling to survive the rape attempt made of a body by two members of same violent mob which was led by a local elected representatives the applicant's husband subsequently passed away on May 16.

"The police was more concerned about pressurising the applicant and her family members into filing a weak complaint and finally succeeded in procuring such a complaint from the injured brother-in-law of the applicant. Chapra Police has lodged a complaint devoid of material details of the incident and suppressed the role of the elected representative,  who was not only leading the violent mob which attacked the applicant's family and gave orders to the members of the mob to attack and kill, applicant's husband. It also does not take into account or give any reference of the attempt to rape made on her body by the members of group which was led by the said elected representative Kaalu Sheikh."

"As the applicant was devastated after the incident it was only after the cremation of her husband that she went to the police station to make a detailed complaint but the police officer not only refused to record her statement despite she being an eyewitness and a victim herself but also after abusing and threatening her forced the applicant out of the police station," she alleged, TOI report stated