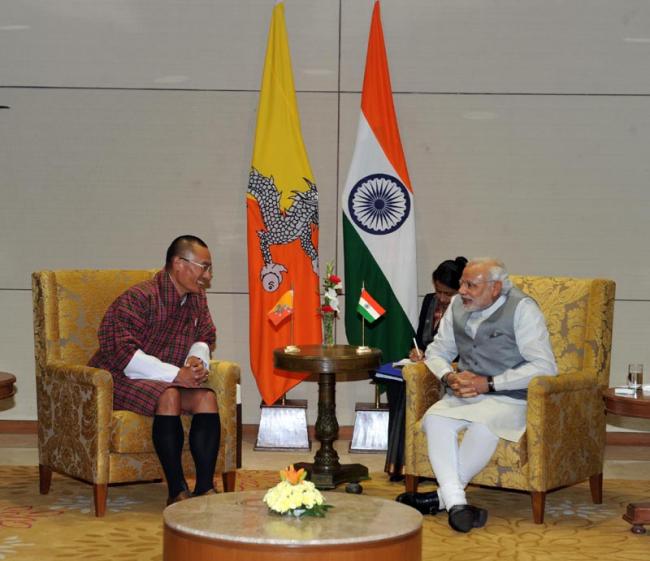 The two leaders discussed security cooperation in the light of recent incidents of violence in Assam.

"The Prime Minister appreciated the efforts made by Bhutan for intensive vigilance in the border areas and real time sharing of information. Cooperation in the Hydropower sector was also discussed. A total of ten Indian-assisted hydropower projects will have a combined capacity of well over 6400 MW by 2022-23," read a statement issued by the Prime Minister's Office (PMO)

In his meeting with Lord Ian Livingstone, the Minister of Trade and Investment, United Kingdom, the Prime Minister appreciated the extensive cooperation extended by the UK as a partner country for the Vibrant Gujarat summit.

Both sides expressed keenness to deepen cooperation in areas such as education, science and technology.

The Prime Minister invited investment from UK, especially in sectors such as telecom, defence, railways and other manufacturing. Counter-terror cooperation was also discussed particularly in light of the recent attacks in Paris.

In his meeting with S Iswaran, Second Minister for Trade and Industry, Singapore, the Prime Minister expressed happiness at Singapore's participation in Vibrant Gujarat as a partner country.