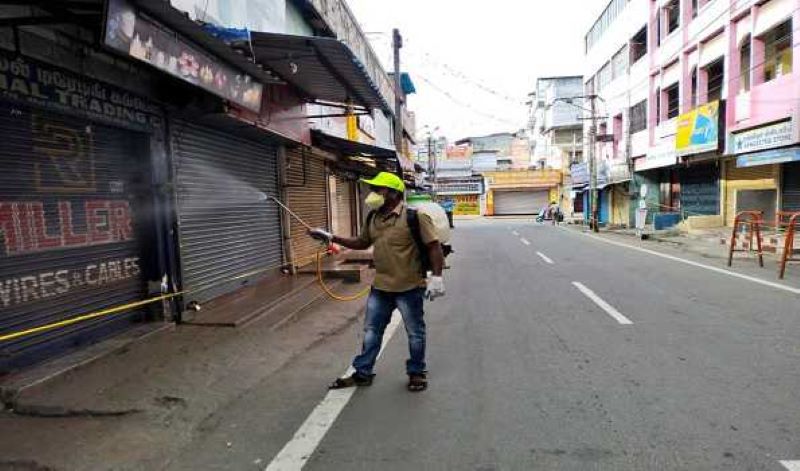 Chennai/UNI: As the COVID-19 daily caseload graph continued to dip in several districts, yet another week-long extended lockdown began on Monday with more relaxations that included re-opening of state-owned Tasmac liquor outlets after a gap of more than a month.

However, in 11 of the 38 districts where the caseload was on the higher side, minor relaxations came into force, even as the lockdown was extended in these districts.

The lockdown, which was implemented on May 10, was being extended every week to prevent the spread of the pandemic.

In a statement here, Chief Minister M K Stalin said the decision to extend the lockdown was taken based on the discussions he had with health and medical experts after reviewing the situation district-wise to prevent spread of the virus and save the precious lives of the people.

While Chennai, northern and southern districts where the cases have come down, the extended lockdown began with more relaxations, in 11 districts- Coimbatore, The Nilgiris, Tiruppur, Erode, Salem, Karur, Namakkal, Thanjavur, Tiruvarur, Nagapattinam and Mayiladuthurai--the week opened with minor relaxations in view of the higher caseload.

In these 11 districts, house-keeping services, electricians, plumbers, motor technicians and carpenters were allowed to serve at the doorsteps from 0900 hrs to 1700 hrs with e-registration.

In the remaining 27 districts, where the cases have shown a declining trend, the government announced more relaxations, life opened up with new normal as TASMAC liquor shops opened at 1000 hrs and would function till 1700 hrs.

Tea shops too were opened by allowing only parcel service.

The government also allowed sweets and savoury shops to function from today.

The government's decision to allow the opening of tea shops from tomorrow comes in the backdrop of widespread criticism for allowing state-owned Tasmac liquor outlets to open from, but not allowing tea shops to function.

The government said it was allowing tea shops to operate based on the feedback received from various quarters.

“There is no permission for people to drink tea at the shops. People will have to bring containers to take parcels and buy tea,” the release said.

The government also granted permission for e-seva centres to function to enable people to get certificates and other services, besides allowing construction firms with 50 per cent staff to enable them to provide salaries, pay bills for purchase of construction materials and for necessary business works.

Beauty parlours, saloons and spas without AC facilities also started functioning with 50 per cent capacity, opening, besides government parks and playgrounds maintained by local bodies were opened from 0600 hrs to 0900 hrs for the benefit of morning walkers and joggers.

Even shops and service centres dealing with home appliances like mixie, grinder, TV too re-opened along with shops selling mobile phones.

However, public and private transport services, shopping complexes, malls, continued to remain shut across the State.