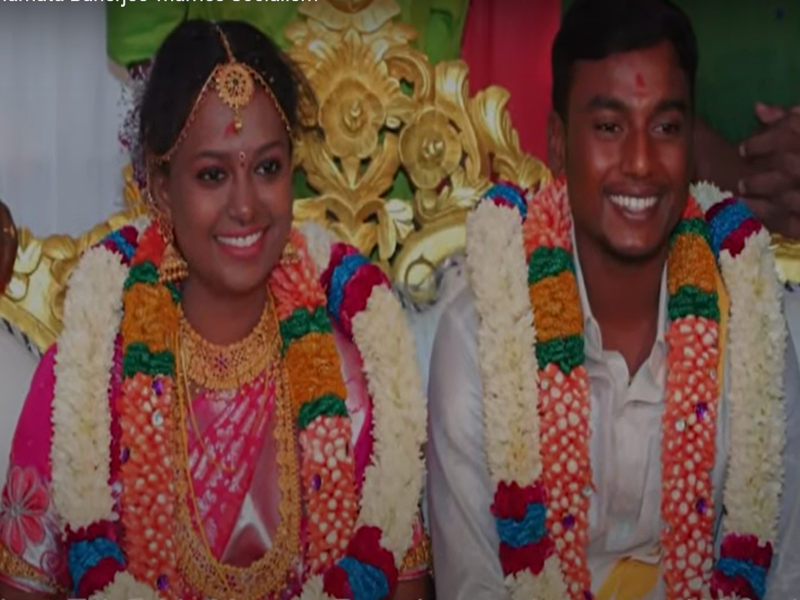 Tamil Nadu: 'Socialism' and 'Mamata Banerjee' get married; vow to be together forever

The woman comes from a family of Congress supporters.She was named P Mamata Banerjee by her parents when the Trinamool Congress supremo was a Congress leader.

It is interesting to note that Mamata Banerjee and the Left parties are arch rivals. She had led a massive campaign against the Left Rule and ousted the 34- year-old regime in West Bengal in 2011.

P Mamata Banerjee, who is an English literature graduate, told NDTV that she realised the significance of her name while in Class 10 when her friends started talking about it. 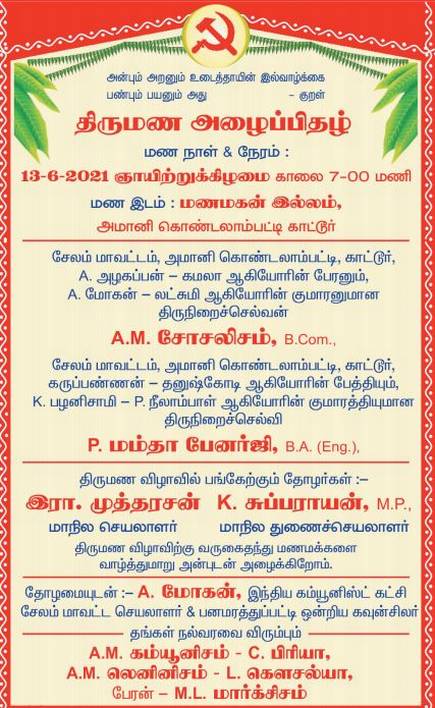 "I have seen her on the news many times. She is a strong woman. I am very proud to say that," P Mamata Banerjee told NDTV when she was asked about her opinion on West Bengal chief minister.

Socialism, the 29-year-old groom, owns a business of silver anklets and holds a B. Com Degree. His father A Mohan is the district secretary of CPI unit in Salem.

Mohan had named his son Socialism when Soviet Union was collapsing.

His two other sons are named Communism and Leninism. He had decided to name his children this way even before he was married, Mohan told NDTV.

Dismissing the political rivalry attached to their names, the groom said it won't affect their married life.

"We are happy about coming together. We will be inseparable together in happy times as well as tough times. No matter what happens, we will be together our whole lives," Socialism was quoted as saying by NDTV.

The wedding was attended by many left leaders including, Tamil Nadu CPI Chief R Mutharasan and party MP from Tiruppur K Subbarayan,