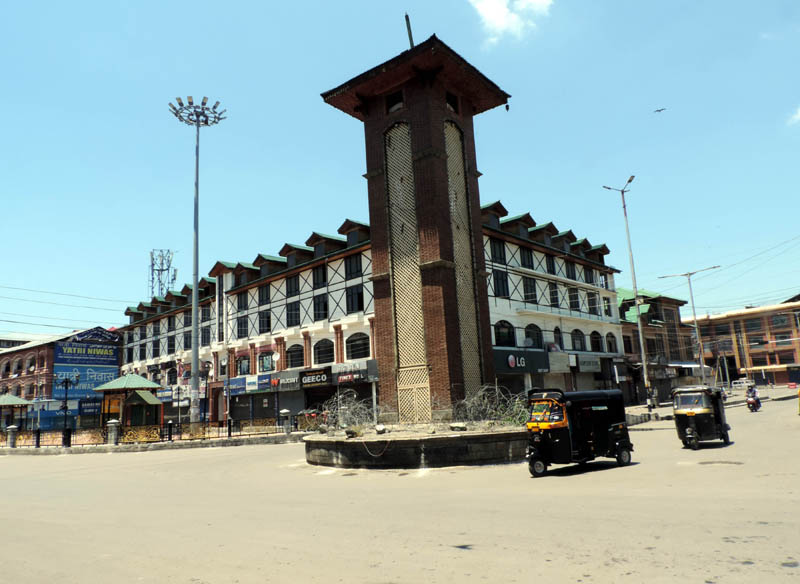 Jammu/UNI: Asserting that not more than a couple of violence related incidents were reported in the country in the past two years, Union MoS Home G K Reddy on Sunday said that the government has successfully laid curb on infiltration and controlled the terrorism in the Union Territory of Jammu and Kashmir.

He said that overall situation has also improved in the country.

“In the past two years the situation has changed across India including the J&K,” Reddy told reporters on the sidelines of the foundation laying ceremony.

He further said that the Covid has slowed down the process of development in Jammu and Kashmir, adding, “pandemic has played a spoilsport and the developmental projects remain hit but once the situation normalises, J&K UT will be taken to new heights with progress.”

The Minister however, said that the pilgrims who would visit Shri Mata Vaishno Devi Cave Shrine in Katra will also have an opportunity to visit Balaji temple and pay obeisance in Jammu as well.

However, Reddy as per official sources, will also chair a security review meeting at Raj Bhawan Jammu before flying back to the national capital.

The Lieutenant Governor's administration had allotted 25 hectares (about 62 acres i.e. 2.5 lakh square meters) of land to Tirumala Tirupati Devasthanam (TTD) in Jammu for construction of temple and development of other facilities.

The land has been given on lease for forty years.

The temple management has made full preparations to build the temple on the land allotted by the government and work will begin on war footing.

It is also proposed to build health and education facilities on this land in the coming days.

TTD will build the temple in two years along with the Vedic school and hospital.

The Administrative Council on April 1, has approved the proposal to allot 496 Kanal 17 Marla to the Tirumala Tirupathi Devasthanams (TTD) for building of Temple and its allied infrastructures, Pilgrim amenities Complex, Vedapatasala, Spiritual/Meditation Centre, Office, Residential Quarters and Parking; on lease basis for a period of 40 years.

It will enable tourists to come and stay longer in Jammu city. The future development on the campus will also contribute to economic growth of the region.