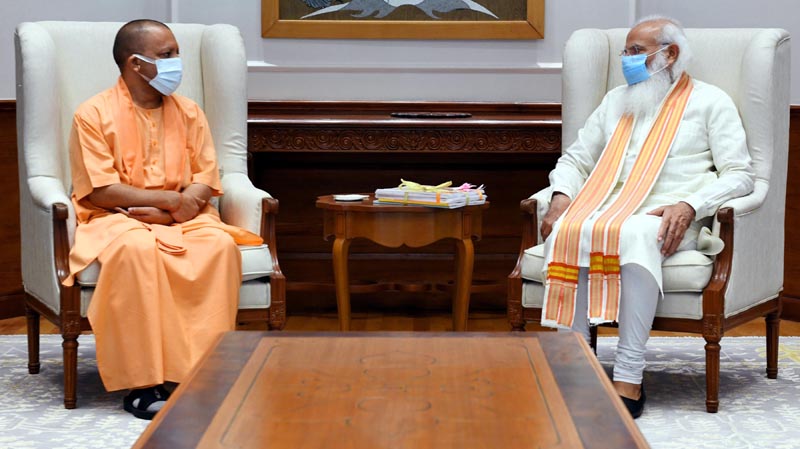 After meeting Modi for an hour, Adityanath tweeted, "Today, I had the privilege of meeting with respected PM Modi and getting his guidance. My heartfelt gratitude to the respected Prime Minister for providing time and kind guidance amid your busy routine."

There has been an open criticism of the government's handling of the pandemic by several BJP leaders, adding worries to the top brass.

Visuals showing bodies of dead COVID-19 patients floating on river Ganga flashed on television screens days ago, coupled with hospitals struggling to cope with the influx of infected people, who also suffered due to shortage of oxygen.

In the last week of May, Modi and Shah, who virtually lead the BJP nationally, held a meeting with other leaders to fix the poll strategy for the 2022 Assembly Elections.

Just days after getting decimated in the West Bengal polls, the BJP was surprised by reverses in the panchayat polls in Uttar Pradesh in May.

Though no candidate fought on a party symbol, the BJP-backed leaders were pipped by Akhilesh Yadav's Samajwadi Party (SP).

Prasada, a Brahmin face in Uttar Pradesh, could play a crucial role in the upcoming state elections.

Uttar Pradesh, the most populous state in the country, is key for the BJP and of course others as well to wrest power in the road to 2024 General Elections.