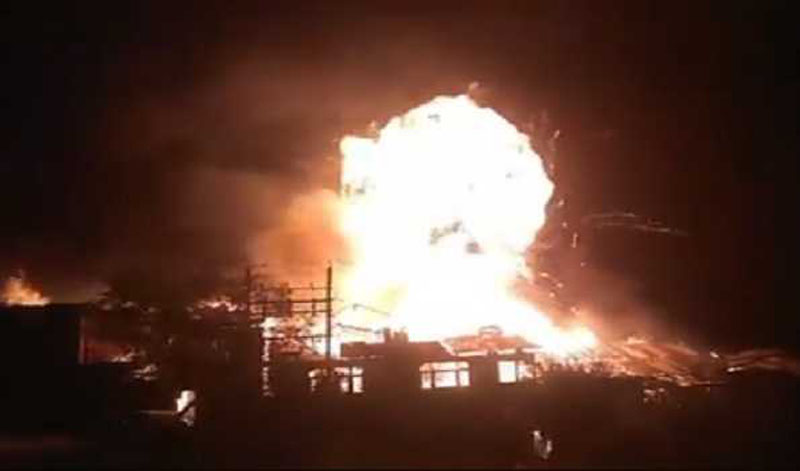 Baramulla/UNI: At least 15 houses were reduced to ashes in a devastating fire in this north Kashmir district last night, official sources said on Friday.

They said a fire broke out in Sheikh Colony, Baramulla, last night. However, before the fire tenders could reach the spot, fire spread to almost the entire colony, they said.

About a dozen fire tenders rushed from different parts of the district doused the flames not before 15 houses were damaged in the fire. Leaping flames could be seen in the entire town, they said, adding that fire fighting operations were affected due to gas cylinder blasts.

Police have registered a case and initiated proceedings, they added.