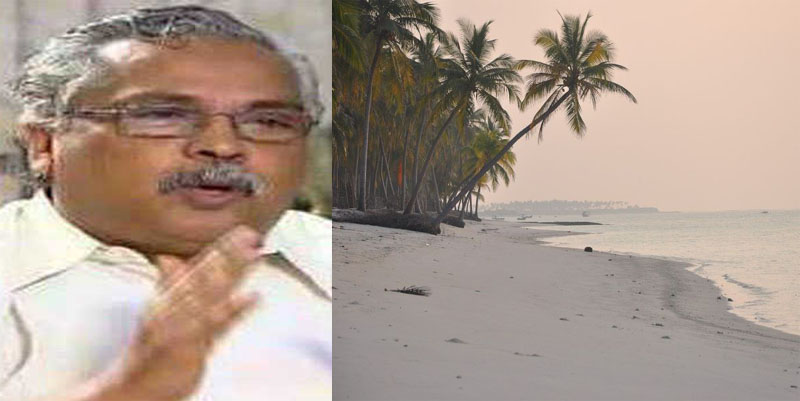 New Delhi/UNI: Communist Party of India (CPI) national secretary, Binoy Viswam on Thursday wrote to the secretary-general of the Upper House to move a privilege motion against the administration of Lakshadweep for allegedly denying him permission to visit the island.

"The action of the Lakshadweep Administration indirectly denying the permission for my visit to the UT is undemocratic as it prevents me from meeting with common people, consulting with my party workers, and talking to the authorities.

"It constitutes a breach of an MP's parliamentary privilege and appropriate action against the concerned authority must be taken," Viswam said.

The CPI leader said he had written to the Lakshadweep administrator Praful K Patel on May 26 seeking permission to visit the Union Territory.

However, after five days, the Additional District Magistrate of Kavaratti replied that he must schedule his visit to a later date owing to the COVID-19 situation.

"For the administration to now use the cover of COVID-19 to prevent elected representatives visit the island to address the grievances of the people, is most undemocratic and an abuse of power on the part of the administration," the MP said.

Viswam said the administration has passed several orders which are controversial and can affect the social, economic, and cultural lives of the inhabitants.

He also criticised the administration for allowing the transmission of COVID-19 infection in the second wave to the islands which were free from the virus and under green zone until then.

As per the locals, the new laws will populate their culture and ruin the ecology and environment of the islands.

However, as per the administration, the new laws will transform Union Territory into a tourist destination.