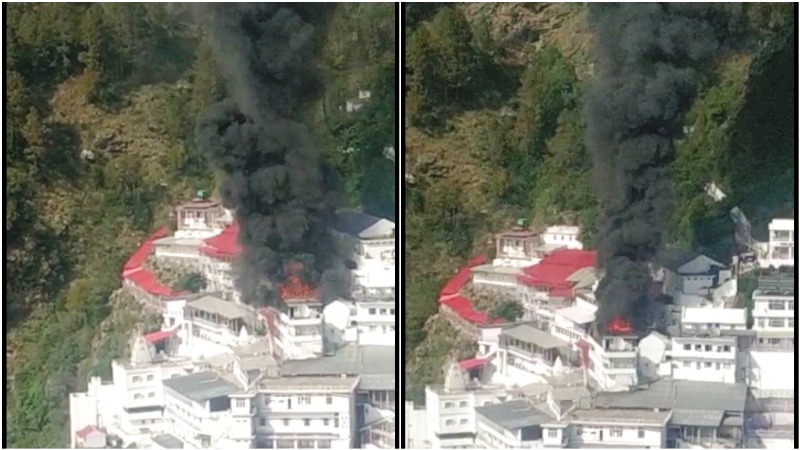 Katra, J&K/IBNS: A major fire broke out at a building near the Mata Vaishno Devi Shrine in Jammu and Kashmir's Katra on Tuesday.

As per initial reports, the fire is believed to be the result of an electrical short circuit.

The fire first broke out inside a cash counting room of the complex that suffered significant damage but is located some distance away from the main shrine.

Visuals shared on social media showed a massive plume of black smoke pouring out of the top floor of a building.

The blaze is now under control, media reports said.

No deaths have been reported so far.