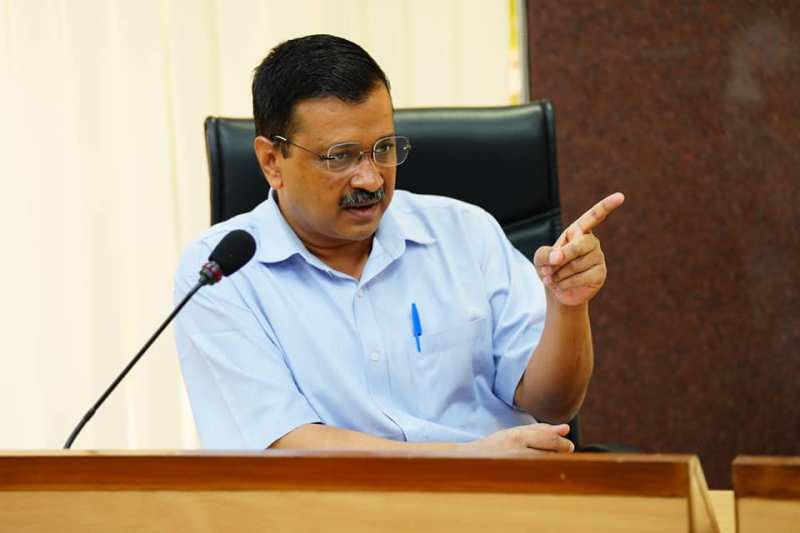 New Delhi/UNI: Delhi Chief Minister Arvind Kejriwal here on Saturday announced the reopening of malls and markets on odd-even basis, resuming of metro services and physical attendance at government and private offices with 50 per cent capacity from June 7, Monday onwards, in the National Capital which is under COVID-19-induced lockdown since April 19.

Addressing the people of the Union Territory virtually, Mr Kejriwal said as along with health and safety, the economy is also important, the Delhi government has decided to allow the malls and markets to reopen on the odd-even basis from 1000 hrs to 2000 hrs according to the shop numbers while standalone shops can open on all days.

Kejriwal, however, asked all the office heads to encourage work from home as much as possible.

The construction activities and operation of factories allowed since May 31, will continue while the e-commerce companies will now be allowed to trade 100 products, earlier restricted to emergency and essential.

"The COVID-19 situation in Delhi is under control despite allowing few activities since May 31 as less than 500 cases have been registered in the past day. So, the government decided to resume more economic activities," he said.

However, Mr Kejriwal warned of a possible third wave of COVID-19 and urged the people to not lower their guard against the viral disease.

"We held a meeting with experts who predicted that in the next wave around a peak of 37,000 daily cases can be witnessed. The government is making all arrangements to tackle the next wave if it hits Delhi, " Kejriwal stated.

In the second wave of COVID-19, the peak was around 28,000 cases, pushing the health infrastructure beyond its limits.

As several experts have predicted that the next wave can affect the children, Kejriwal said, a Pediatric Task Force has been formulated by the Delhi government to decide the number of oxygen beds and ICU beds needed for the children.

"These beds will have devices and equipment needed for the children like a small size inhaler, tubes," he explained.

Over the oxygen crisis which forced the people to run pillar to post for oxygen bed in the middle of the second wave, the chief minister said his government has decided to build a storage capacity of 420 MT of O2 within the city limits.

As many as 25 oxygen tankers will be purchased while 64 oxygen generation plants are being installed in Delhi to prevent the oxygen crisis, he said.

Kejriwal underlined the need of having abundant essential medicines in stocks. Last month, medicines like Remdesivir and Fabiflue, supposedly COVID-19 drugs, went out of stock, inviting black marketing and hoardings.

A team of doctors has been formulated which will inform the Delhi government in advance over the required medicine needed to be purchased in abundance.

Kejriwal said two genome sequencing labs have been established at the LNJP and ILBS hospitals to study the variant spreading in Delhi and educate the government about its behaviour and measures to tackle it.