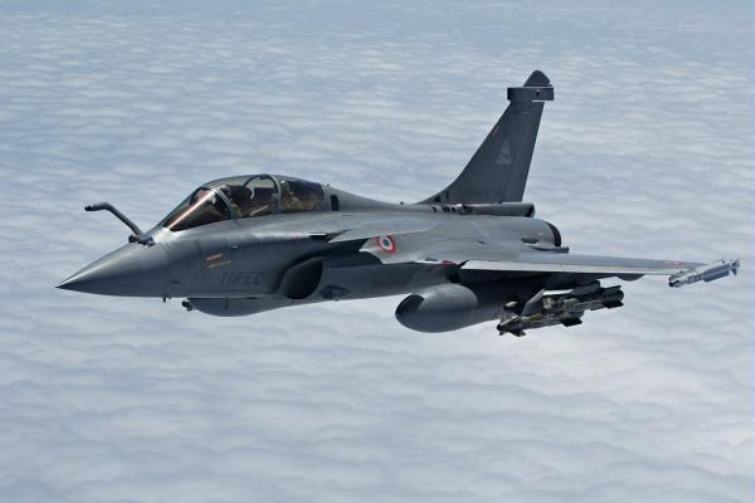 New Delhi/IBNS: Three more Rafale fighter jets landed at India's Ambala air base on Thursday, after which the Indian Air Force inventory will have a total of 23 of these fighter planes.

The last batch of three Rafale jets had arrived at the Ambala air base on May 5 from France's Bordeaux–Mérignac airbase.

A Hindustan Times report stated that four of these jets were supposed to take off from  Bordeaux–Mérignac airbase on May 20 but only three could take off due to insufficient mid-air refuellers in the UAE.

However, the report stated that the jets could fly only on Thursday due to long weekend holidays in France.

The jets will now allow India to raise the second squadron of fighters in the country’s eastern sector, officials familiar with the development said, media reports said.

India had ordered 36 warplanes from France (equivalent of two squadrons) in September 2016 at Rs 59,000 crore under a government-to-government deal.

The new jets will be based in Ambala initially before moving to Hasimara when the raising of the squadron begins, a Hindustan Times report had said quoting a source with knowledge of the development.

All the 36 Rafale fighter aircrafts will be part of the AF’s fleet by the end of 2021, added the report.

The IAF is all set to resurrect the 101 “Falcons of Chamb” squadron at Hasimara in West Bengal, an HT report said Thursday.