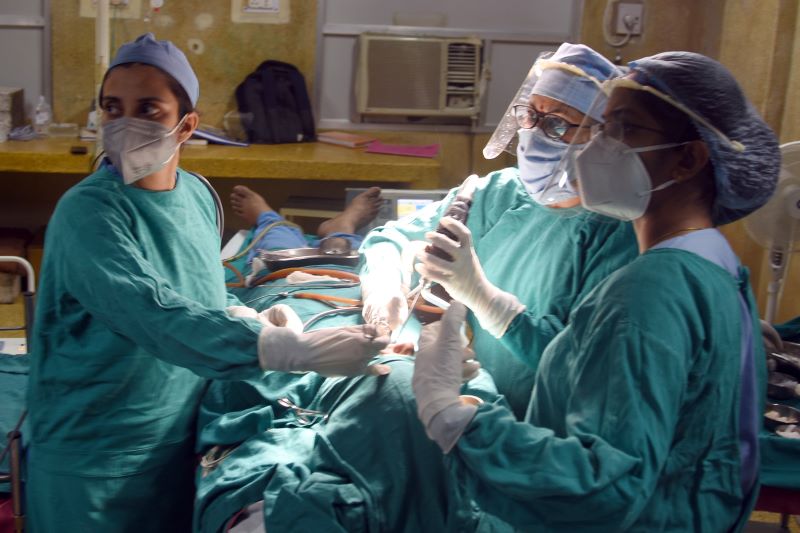 "The NYT report is not backed by any evidence and is based on distorted estimates," said VK Paul, NITI Aayog member and the head of India's Covid task force, while addressing a press conference.

In an article published on Tuesday, the New York Times reported that India's death count was more likely three times the official 3 lakh.

The report was based on data from three nationwide sero surveys or antibody tests. 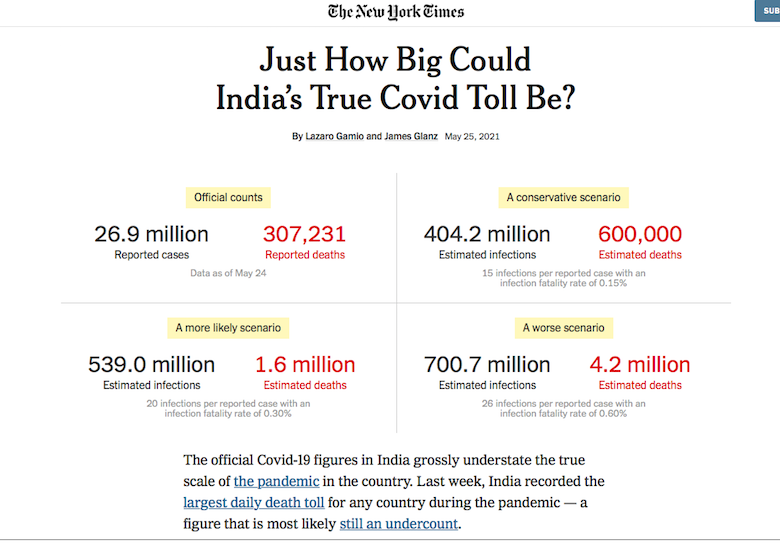 The report cited various scenarios and estimated 42 lakh deaths in the worst case while claiming that the official figures in India "grossly understate the true scale of the pandemic in the country".

Paul said it was possible that the number of infections could be many times higher than positive Covid tests but it could not be the same for deaths.

"There may be some late reporting of deaths but there's no intent of any state or the Centre. If I apply the same three times yardstick to New York, then there would be 50,000 deaths. But they say it's 16,000. So this is distorted," he told the media.

"Our number (fatality) is 0.05 per cent of those infected. They've said 0.3 per cent. Why? On what basis have you decided that it's 0.3 per cent of that large infection universe? There is no basis at all. Five people get together, make phone calls to each other and then throw this number. That's how this report has been done," alleged Paul.

He rather said the country is on the downswing of the Covid-19 second wave in the backdrop of the noticeable gradual decline in the daily cases over the last several days.

"It is reassuring that we are on the downswing of the second wave, and it will be sustained if restrictions open up systematically as the time comes," said he.

Over 2.11 lakh new cases and 3,847 deaths apparently due to the infection were reported in the last 24 hours in the South Asian country India.