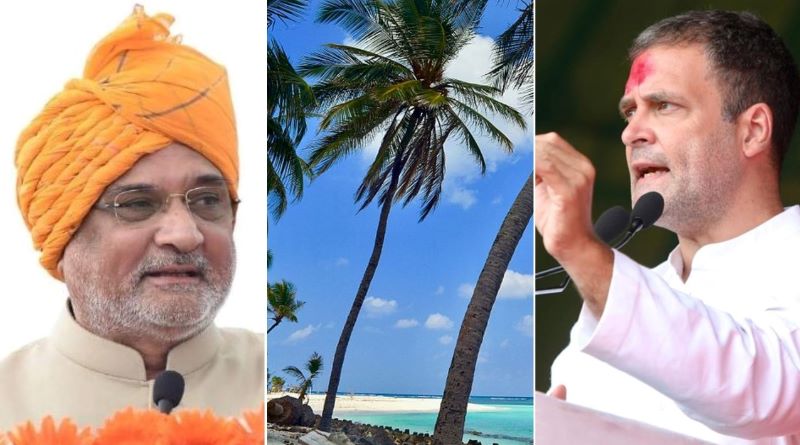 New Delhi/IBNS: Congress MP Rahul Gandhi on Wednesday joined the protest against Lakshadweep administrator Praful Khoda Patel's reforms in the union territory that have opened a barrage of criticisms.

"Lakshadweep is India’s jewel in the ocean. The ignorant bigots in power are destroying it. I stand with the people of Lakshadweep," the top Congress leader tweeted.

Lakshadweep is India’s jewel in the ocean.

The ignorant bigots in power are destroying it.

I stand with the people of Lakshadweep.

Patel, a member of the ruling Bharatiya Janata Party (BJP), brought a number of new policies that have upset people, politicians of the union territory and also its neighbouring state Kerala.

Meanwhile, eight office bearers of Lakshadweep BJP resigned on Tuesday, causing an embarrassment for the country's ruling outfit, which has recently suffered a massive poll defeat in West Bengal.