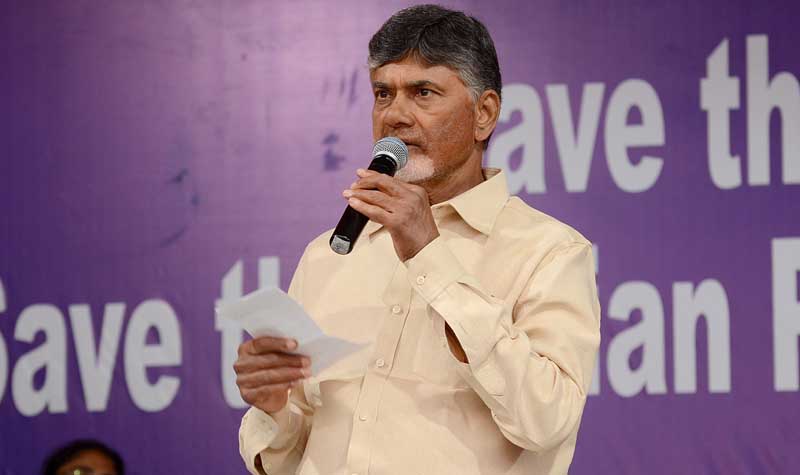 In a letter to Andhra Pradesh Director General of Police (DGP) Gautham Sawang, he demanded the DGP to withdraw the cases and release the TDP leaders unconditionally.

Naidu alleged that false cases were filed by the police of Banaganapalli police station against Janardhan Reddy and his supporters. Interestingly, the complainant along with his henchmen went to attack the house of Janardhan Reddy. When the TDP leader and his supporters resisted their attack, the complainant in turn filed a false case and within no time arrests were followed on the midnight of the same day on May 23.

The TDP Chief told the DGP that many TDP leaders and activists were arrested but B C Janardhan Reddy, Murali and Ramana had only been produced before the court within 24 hours.

However, another six TDP activists, whose names were mentioned in the FIR, had not been produced in the Court even after 24 hours of their detention.

Lashing out the high handedness of the police, the former Chief Minister said, "It appears that the above victims are being held under police custody illegally only to extract forced confessions in order to implicate Janardhan Reddy in foisted cases."

"Such illegal detentions are unconstitutional, in violation of fundamental rights, illegal and go against the established democratic norms of the land," he said.

Naidu also demanded the DGP to take action against the guilty officials responsible for the illegal detention of the TDP activists.

Also, the DGP should take steps to unconditionally release all the illegally detained TDP activists and restrain the police from foisting false cases and from making illegal arrests, he added.