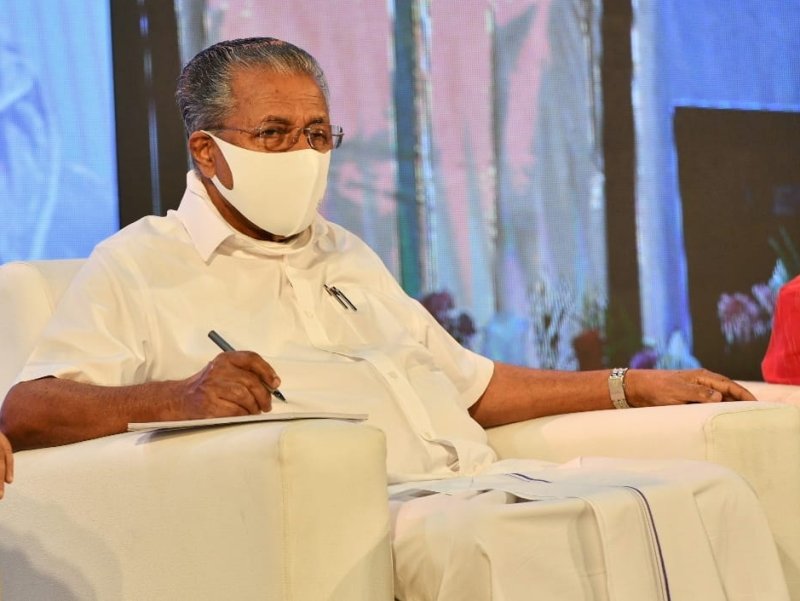 Thiruvananthapuram/UNI: The swearing-in ceremony of the 21-member Cabinet in Kerala led by Pinarayi Vijayan will be held at the Central Stadium here on Thursday amid COVID protocol.

Earlier, CPI(M) state committee has selected Pinarayi Vijayan as parliamentary party leader paving the way for making him the Chief Minister for a second consecutive term.

Ahead of the Government formation, CPI(M), CPI and other allies in Left Democratic Front (LDF) have decided their ministers for the CPI(M)-led Government.

This is also to be noted that Vijayan has decided to drop all the sitting ministers including health minister KK Shailaja and Excise Minister TP Ramakrishnan.

The CPI(M) has also selected MB Rajesh as Speaker of the Kerala Assembly and KK Shailaja as Party Whip. TP Ramakrishnan has been appointed as the Parliamentary Party Secretary.

The swearing-in ceremony will be held at the central stadium in the presence of 500 people. Though Vijayan will be sworn in as the Chief Minister, the portfolio for the rest of the ministers has not been made public yet.

Notably, Muhammed Riyas, who is the son-in-law of Vijayan and is the national president of DYFI, has also been included in the list of Ministers.

Meanwhile, the CPI also announced its list of ministers. K Rajan, P Prasad, J Chinchu Rani and GR Anil will represent CPI in the new cabinet. Chinchu Rani will be the first woman from CPI to become a minister after 1964.

Opposition Congress-led United Democratic Front (UDF) has announced that their MLAs and MPs will not attend the swearing-in ceremony alleging COVID protocol violation in the oath-taking ceremony organised by the state administration by inviting 500 people during the triple lockdown in Thiruvananthapuram due to surge in COVID-19 cases.Taking

UDF convener MM Hassan said Congress workers, MPs and MLAs will witness the ceremony virtually considering the COVID-19 situation in the state. However, he made it clear that the ceremony will not be boycotted by the UDF.

All of them will see the function virtually for avoiding physical presence at the stadium, he clarified. He also suggested a simple ceremony for the oath-taking due to the lockdown.