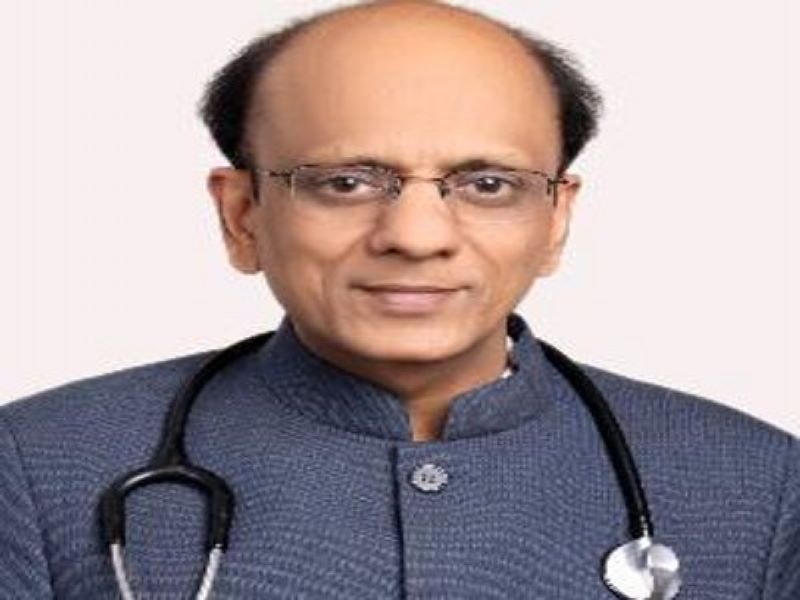 Dr Aggarwal (62) had been on a ventilator at Delhi's AIIMS hospital since the past few days, his family said, according to NDTV.

The Padma Shri award winner breathed his last on Monday 11:30 pm “after a lengthy battle with Covid”, according to an official statement posted on his Twitter account.

He had contracted Covid-19 despite taking both the doses of the vaccine.

"Ever since he became a doctor, Padma Shri Dr KK Aggarwal has dedicated his life to the welfare of the public and raising health awareness. Even during the pandemic, he made constant efforts to educate the masses and was able to reach out to over 100 million people through numerous videos and educational programs and saved countless lives," said the statement.

Dr Aggarwal was awarded the Padma Shri in 2010 for his esteemed service as a cardiologist. He was also the chief of Heart Care Foundation of India.

Since the beginning of the pandemic, he had been raising awareness on multiple aspects of the coronavirus with regular videos and statements.

He had posted a video to clear misconceptions and hesitancy on Covid-19 vaccination after he took his second vaccine dose in February.

However, he ended up contracting the deadly infection, and informed his followers on social media about his sickness on April 30 with a Facebook video.

Delhi Chief Minister Arvind Kejriwal was among those who condoled the demise of the eminent doctor.

"The passing away of Dr. KK Aggarwal is a setback for the whole nation. He acted all his life for the health rights of common people especially poor, deprived and marginalized. A great human being. RIP!" - he tweeted.

Passing away of Dr. KK Aggarwal is a setback for the whole nation. He acted all his life for the health rights of common people especially poor, deprived n marginalized. A great human being. RIP!

"My heartfelt condolences at the passing away of former Indian Medical Association president, Padma Shri Dr KK Aggarwal. His services as a doctor shall always be remembered. May God give strength to his family members to bear this loss. May his soul rest in peace," wrote Rajasthan Chief Minister Ashok Gehlot in his message.