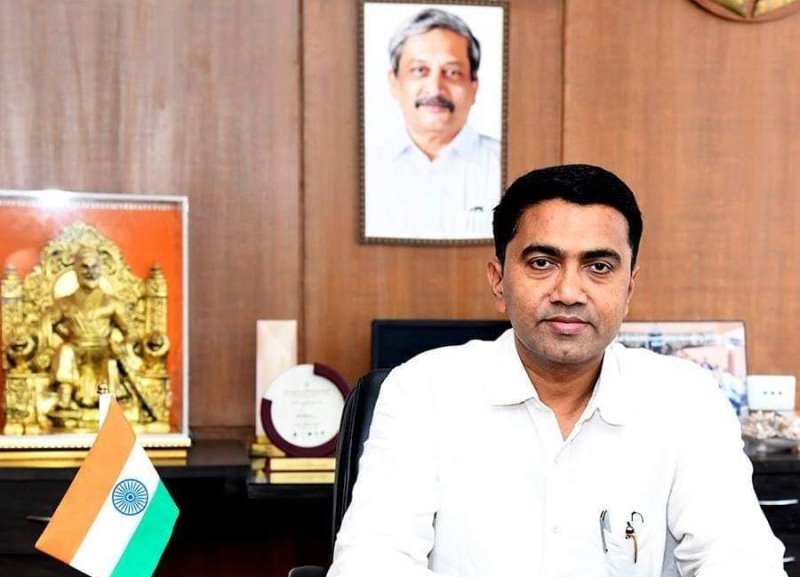 Panaji/UNI: The Congress party in Goa on Monday filed a formal complaint with the Agacaim Police against Chief Minister Pramod Sawant and Health Minister Vishwajit Rane over deaths of Covid patients in Goa Medical College and Hospital due to mismanagement and lack of oxygen.

In the complaint, Goa Pradesh Congress Committee (GPCC) President Girish Chodankar has alleged that both Chief Minister Pramod Sawant and Health Minister Vishwajit Rane were solely responsible for the death of hundreds of people in GMC due to lack of oxygen because of the 'intentional, rash and negligent Act' on their part which amounted to culpable homicide.

Chodankar has pointed out that despite the Goa Association of Resident Doctors flagging the oxygen shortage, the government failed to rectify the deficiencies and on the contrary government officials after 15 days of receiving the letter from GARD, said that deaths were taking place in GMC due to logistical issue in supply of oxygen.

“Because of this rash and negligent act of the Chief Minister Pramod Sawant & Health Minister Vishwajit Rane, hundreds of patients who were admitted in this hospital died due to lack of oxygen supply to the patients since April 2021 till date. The hospital was not having sufficient quantity of oxygen cylinders and therefore patients expired as they could not get any oxygen. This is nothing but the cruel death which the patients have met due to the rash and negligent act of the Chief Minister & The Health Minister of Goa,” stated the complaint.

The GPCC chief referring to the statement made by Vishwajit Rane that “the deaths have occurred between 2:00 am to 6:00 am on daily basis,” pointed further that despite knowing there was an interruption in the supply of oxygen during the dark hours, Rane and the government headed by Pramod Sawant did nothing to address the issue and patients continued to die.

“The public at large in Goa were looking at the chief Minister and the health Minister and were expecting that they will with full heart support them in such critical condition, but to the contrary, due to the reasons best known to them they have committed these heinous offences resulting into the death of a large number of patients suffering from COVID-19,'' he said.

While speaking to media, Chodankar said the complaint was not politically motivated but lodged in the public interest.

''We want to fight for innocents people who lost life due to the fault of CM and HM and we want to give justice to affected families,'' he said.