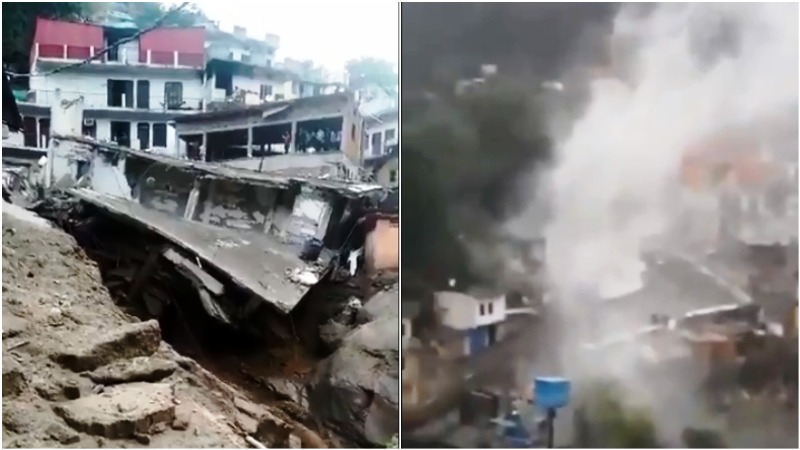 Devprayag (Uttarakhand)/IBNS: Several shops and houses in Uttarakhand's Devprayag have been damaged in a cloudburst that took place, around 120 kilometres from Dehradun on Tuesday, media reports said.

However, no casualties have been reported so far besides damage caused to properties.

According to reports, the cloudburst hit the region around 5 pm, damaging nearly a dozen shops and other properties.

No injury was reported since most of these business establishments were closed due to Covid restrictions.

Meanwhile, the water level in the area is reportedly rising as a result of the cloudburst.

This comes months after over 200 people died or went missing in the state's Chamoli district after a glacial break which triggered flash flood in Rishiganga river.